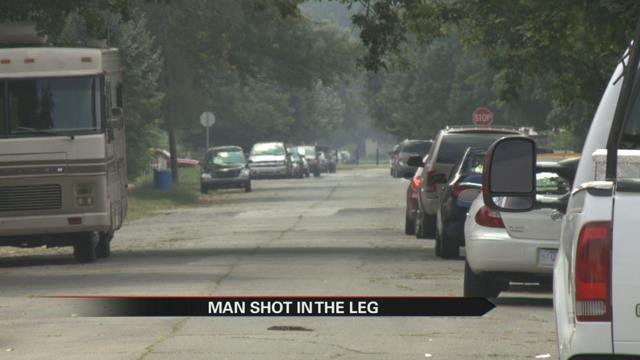 The South Bend Police Department has made an arrest in the shooting that happened on North Chicago in South Bend Monday afternoon.

Police were called to the area of 241 N. Chicago just before 1 p.m. in reference to a shooting.

When officers arrived, they found James Spann with a gunshot wound to the leg.

Mishawaka Police located a vehicle with four people inside in the 500 block of 12th Street in Mishawaka.

They were believed to have been involved in the shooting on Chicago, according to police.

The occupants were taken to the South Bend Police Department where they were interviewed.

The suspect, 19-year-old Kelvin Flagg was interviewed and arrested.

The gun allegedly used in the incident was recovered, according to police.

Flagg has been preliminarily charged with battery with a deadly weapon, possession of a handgun without a license and possession of cocaine.