Arrest made in robbery of Speedway on Ireland Road 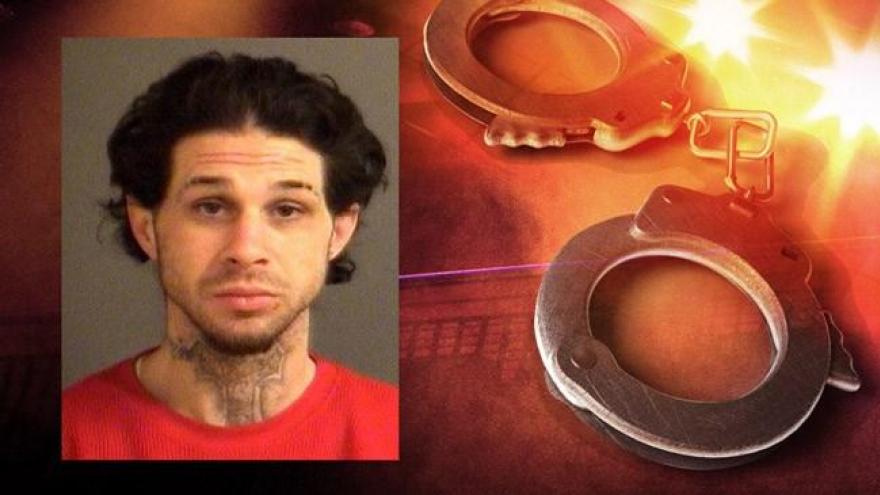 South Bend Police arrested a man who is suspected of robbing a Speedway gas station as well as a man they say aided the suspect.

On January 15, a man wearing a dark hooded sweatshirt with a leather jacket entered the Speedway on Ireland Road and asked for a carton of cigarettes.

He then asked for a second carton, police said.

When the clerk returned with a second carton, the man demanded all the money in the register, according to the probable cause affidavit.

The clerk told police the man had his hand in his pocket so she thought he had a gun and was in fear for her life.

The man got away with $260 and two cartons of cigarettes, according to the probable cause affidavit.

Police said the man then left the gas station and got into the passenger seat of a pickup truck.

The next day, South Bend Police located the pickup on Bowman Street. It was registered to Charles Hirsch.

When detectives spoke with Hirsch, he told police he drove Daniel Kring to a Walgreens. Kring got out and then a short time later came running out of the Walgreens, reports said.

Hirsch then took Kring to the Speedway on Ireland.

Hirsch told police Kring go out of the vehicle, went inside, came out a short time later and told Hirsch run, run, run. Hirsch said he drove away, according to the probable cause affidavit.

Hirsch told police Kring gave him money for driving him to and from the stores.

Detectives showed Hirsch surveillance video of the Speedway and he confirmed Kring was the person in the video robbing the Speedway, according to the probable cause affidavit.

After the robbery, Hirsch texted his step son and said he had to abandon the truck because he was running from the police. He wrote, "I had no idea what was going on, this guy just robbed a Walgreens," according to the probable cause affidavit.

Kring was arrested on four warrants. Police said he was wearing an outfit that matched the outfit worn by the robbery suspect in the surveillance video from Speedway.

Hirsch was charged with one count of assisting a criminal.

Kring was charged with one count of robbery.