Arrests made in 14-year-old's murder 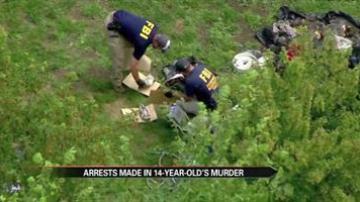 DETROIT -- The visitation for a 14 year old Michigan girl murdered in April was held Thursday.

It happpened a day after police made two arrests.

Amber Milsap's body was found last week near a trail in a Detroit suburb.

She was last seen walking her dog in the Armada area.

Investigators say the girl set a text to her boyfriend just before she went missing saying quote "I think I'm about to be abducted."
Share this article: