Arrests made in burglary of gun shop 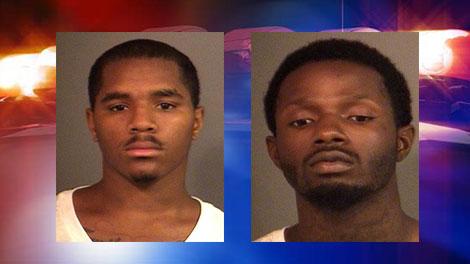 Two people have been arrested on preliminary charges for the burglary of the Indiana Arms and Ammo store on August 10th.

The two suspects were identified in a joint investigation with the South Bend Police, Elkhart Police and the ATF.

The suspects have been identified as 23-year-old James Johnson and 21-year-old Dexter Moore Jr.

They are being held at the St. Joseph County Jail on the preliminary charge of burglary.

If you have any information on the burglary or the whereabouts of the guns stolen during the burglary, contact Crime Stoppers at 574-288-STOP or the South Bend Police Department Burglary Unit at 574 235 9361.