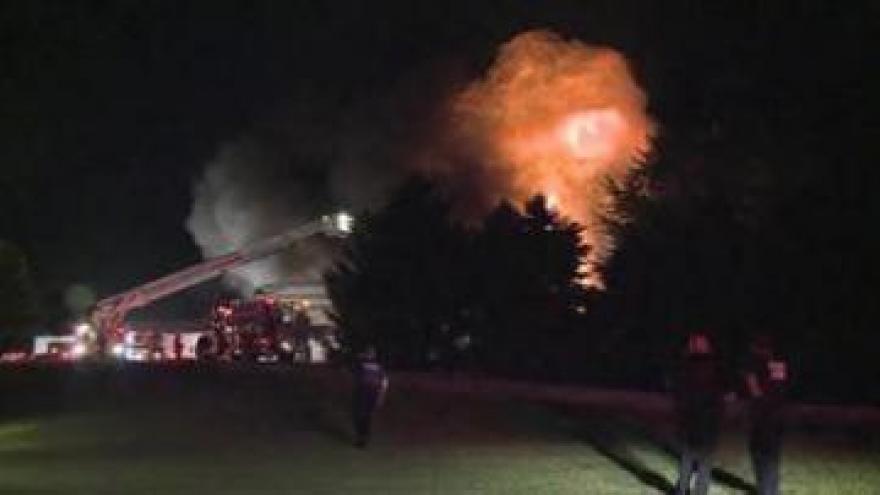 The coroner said Middlebrook will be airlifted to St. Joseph Hospital in Fort Wayne for an autopsy Wednesday afternoon.

LaPorte County Sheriff Mike Mollenhauer said Middlebrook leaves behind a wife and that Middlebrook's father was also a firefighter for more than 40 years.

Mollenhauer said it's hard to lose anyone, but having to say goodbye to a volunteer is especially difficult due to their character.

"Just to help the communities. I mean, they don't get paid for it. This is volunteer. They do it because it's in their blood and they want to help people," said Mollenhauer.

ABC 57 spoke with Middlebrook in May of 2013 at a benefit for a fellow firefighter battling cancer. In 2013, Middlebrook told us he was a 10 year survivor of leukemia, making this year his 11th.

The massive fire broke out just after 8 p.m. Tuesday night. It happened at K-Fex, Inc., an excavation and septic company at 5885 N. 800 E in New Carlisle.

The location is just west of the St. Joseph County line, in LaPorte County.

There were several explosions during the fire.

Mollenhauer said he was overwhelmed by all the support they received from area fire crews. He said 17 departments showed up to assist .

Crews were still taking care of hot-spots as of 3 a.m. and the last crews cleared the scene at 4 a.m.

Investigators remain at the business trying to determine the cause.

"The investigators will probably be here all night looking and I'm sure into the day tomorrow looking for the cause of course. That'll be the next step," said Mollenhauer.