At 89, he works with granddaughter to prevent nuclear doom 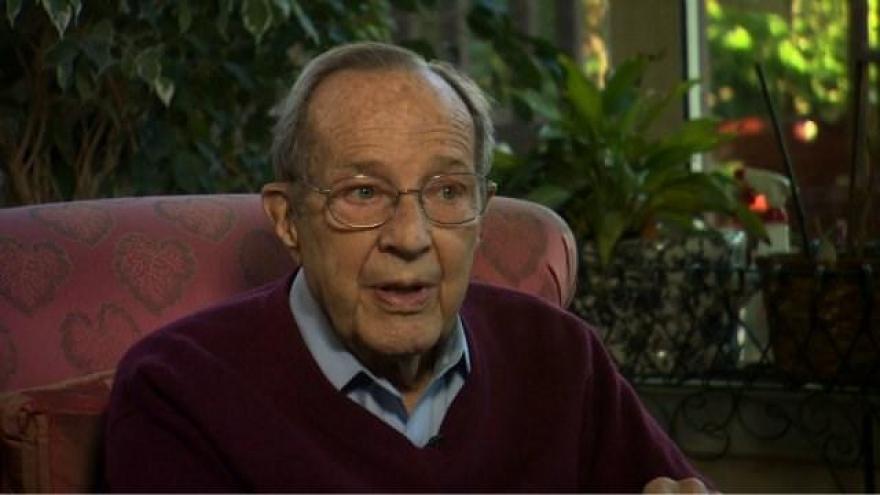 (CNN) -- Picture a nondescript packing crate labeled "agricultural equipment" being loaded onto a delivery truck, which drives along Pennsylvania Avenue in Washington, D.C., until it stops midway between the White House and the Capitol.

The nuclear bomb explodes with the power of 15 kilotons. There are more than 80,000 deaths, from the highest ranking members of government to the youngest schoolchildren. All major news outlets then report receiving an identical claim: that five more nuclear bombs are hidden in five major cities.

Such is the nightmare nuclear scenario that former US Defense Secretary William Perry says may seem remote, but the consequences, if realized, would be disastrous.

"I do not like to be a prophet of doom," says Perry, 89, with the gentle grace of a decadeslong diplomat who has negotiated with countries both hostile and friendly to US interests. Then he bluntly gets to the point. "What we're talking about is no less than the end of civilization."

Perry doesn't believe an intentional terrorist attack or all-out nuclear war is the greatest risk -- he fears a "blunder" that plunges the globe into a nuclear conflict.

Perry says with a more aggressive Russia, and a brash and at times unpredictable President Donald Trump, "the possibility of a nuclear catastrophe is probably greater than it has ever been, greater than any time in the Cold War."

CNN reached out to the White House for comment on Perry's statements. It did not respond.

While he's long been out of government, Perry's uses his extensive policy chops and background to engage the public -- through speeches, presentations and online courses.

He worries that tensions between the Koreas, and possibly Japan, could turn into a conventional conflict that could go nuclear. A bellicose and expansion-minded Russia could draw the United States into a situation that could escalate, Perry says. And the District of Columbia scenario shows how devastation can result from a crude bomb.

"When my kids were getting under desks at their school and going through nuclear drills -- the danger today is actually greater. We're just not aware of it," says Perry.

The former defense secretary is spending his twilight years sounding the alarm with his 29-year-old granddaughter. They're trying to awaken a new audience on social media with the William J. Perry Project, an advocacy group dedicated to helping end the nuclear threat.

"We're really just out there trying to reach a generation that isn't really engaged on this issue right now," says Lisa Perry, the digital communications manager for the project. "It's something we learned in history class. There was no conversation about what's happening now."

"The dangers will never go away as long as we have nuclear weapons," William Perry explains. "But we should take every action to lower the dangers and I think it can be done."

A lifetime dealing with the nuclear threat

Perry served three years under President Bill Clinton, a time when more than 8,000 nuclear weapons were dismantled. His nuclear knowledge traces back to his days as a CIA analyst working with the Kennedy administration during the Cuban Missile Crisis. He was tapped to evaluate photos showing Soviet nuclear missiles in Cuba and recalls it as one of the scariest times in his life.

"We made miscalculations," recalls Perry about those anxious two weeks. "It's a miracle they did not lead to war."

On a regional conflict, Perry sees North Korea as an unpredictable nuclear threat. The regime's growing arsenal and history of bold actions, Perry says, could be met by an escalated response by South Korea or even the United States. Not necessarily a deliberate attack, says Perry, but he fears a "blunder" that plunges the globe into a nuclear conflict.

"When a crisis reaches a boiling point then you have a possibility of a miscalculation," warns Perry.

Trump and the nuclear threat

President Donald Trump signaled his position on nuclear weapons in a December tweet, saying the United States must "greatly strengthen and expand its nuclear capability."

Perry says he hopes the President will come to understand the gravity of nuclear weapons, something Perry believes all commanders in chief eventually learn. He encourages the Twitter-using Trump to have higher standards when it comes to mass communication on nuclear issues.

"The consequences are so serious, that one has to give careful thought to what you say in these areas. I don't think, in the nuclear field, it's an area that lends itself to offhand or spontaneous comments. I think they require deep thought," explains Perry.

"It's hard to imagine that... tweeting meets that test."

The Oval Office, however, can have a sobering affect, as Trump acknowledged to ABC News, describing what it's like to get the nuclear codes.

"When they explain what it represents and the kind of destruction that you're talking about, it is a very sobering moment, yes. It's very, very scary, in a sense," the President said in an interview with David Muir.

Engaging the public through education

Perry watches closely as his granddaughter pecks away at the keyboard. She's scanning through recent notifications he received on his official Twitter page.

"You've been getting some attention for the 'No Nukes' campaign," Lisa tells her grandfather.

Next, they check Perry's massive, open online course, "Living at the Nuclear Brink: Yesterday and Today," where Lisa says he has more than 3,800 enrollees.

"That's good, but I'd like the number to be to be tens of thousands, not thousands," Perry says with a grin.

The Perry team has also used Reddit's "Ask Me Anything" chats to help educate through social media. Lisa, who describes herself as a child of the Internet and encouraged her grandfather to partake, says they spent up to three hours answering questions during one session on the discussion website.

Lisa Perry believes her generation would become as active in this issue as in global warming or other social justice issues, if they're merely made aware that a nuclear threat is not hypothetical, but real. "It should be something we talk about, that we get to decide on, because it affects all of us," she says,

At 89, William Perry could have easily settled into retirement long ago and let younger generations deal with the nuclear threat. Instead, he chooses to carry on this mission: to engage.

When asked why, he calmly points to a wall in his house where photos of his family neatly hang. He has five children, eight grandchildren and two great-grandchildren.

"I would like them to have a chance at a future, a future in which they can live in peace and not be faced with the specter of nuclear war," says Perry. "And we can translate that to other people's children and grandchildren as well."