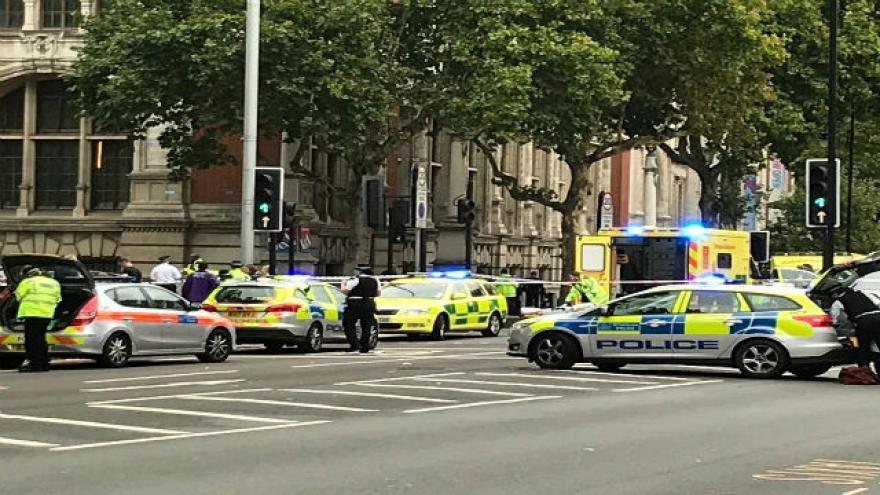 A number of pedestrians were injured after a car collision outside of the Natural History Museum in London. A man was detained at the scene. Photo courtesy CNN 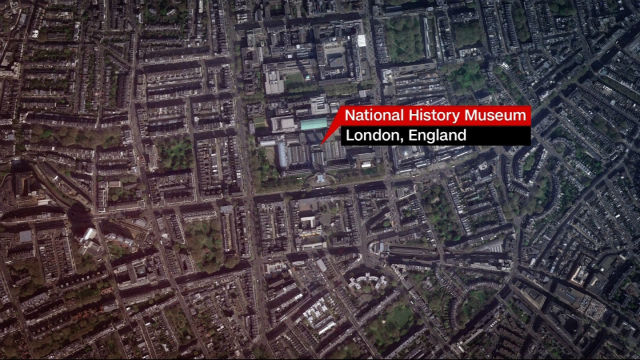 The Natural History Museum is in the bustling section of South Kensington, popular with both Londoners and tourists. The area was cordoned off Saturday by heavily armed police. CNN

A man arrested in the London car collision that injured at least 11 people on Sunday has been released and is under investigation.

The 47-year-old man was arrested on "suspicion of dangerous driving" after a car jumped the pavement and hit pedestrians near London's Natural History Museum Saturday, London's Metropolitan Police said. The incident is not terrorist-related, police said.

Eleven people were treated at the scene, mostly for leg and head injuries, with nine transported to a hospital, according to the London Ambulance Service. "The majority of those injured have now been discharged, and there are no serious injuries," police said in a statement Sunday.

"The incident is a road traffic investigation and not a terrorist-related incident," the Metropolitan Police said in a statement Saturday evening. Police had said earlier that the cause of the incident was under investigation.

The Natural History Museum is in the bustling section of South Kensington, popular with both Londoners and tourists. The area was cordoned off Saturday by heavily armed police, according to video posted on social media. Helicopters buzzed overhead as ambulances rushed to the scene on Exhibition Road. 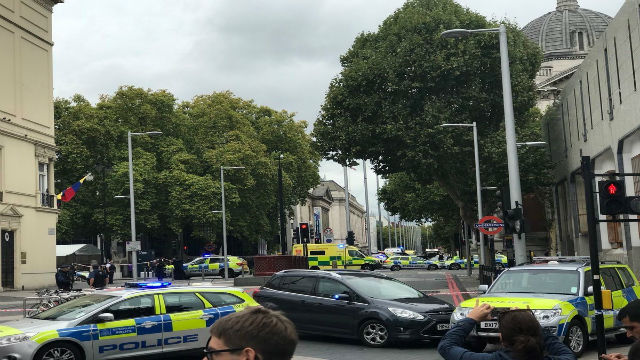 A man was detained at the scene and later arrested, police said. A photo on Twitter showed three men holding down another man near a black car. Damian Hackett

British Prime Minister Theresa May was being updated on the incident, according to her office.

In a statement, London Mayor Sadiq Khan said he was in contact with Assistant Metropolitan Police Commissioner Mark Rowley.

A witness said a nearby Tube station was closed. A video posted to Twitter showed people running in the area.

The Natural History Museum said on Twitter: "There's been a serious incident outside the Museum. We are working w/ @metpoliceuk and will provide an update when we have more information."

In June, three men drove a van into pedestrians on London Bridge before going on a stabbing rampage at bars at nearby Borough Market. The attack killed eight people and injured more than 40 others. The attackers were fatally shot by police.

Later that month, a van plowed into pedestrians near a mosque in north London, killing one man and injuring 11 people. The driver, Darren Osborne, 47, a resident of Cardiff in Wales, was arrested at the scene.

In March, a man drove into pedestrians on Westminster Bridge, killing four people.

An ISIS-affiliated news agency later claimed the extremist group was behind the attack that injured 50 people. Masood acted alone, police said, but may have been inspired by ISIS.