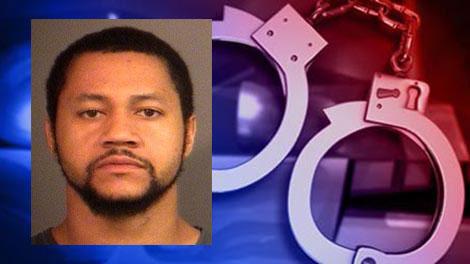 Several schools were placed on lockdown Tuesday afternoon in South Bend while Stephen Byrd, who is facing one count of attempted murder and two counts of burglary related to an incident on September 17, was apprehended.

Mishawaka Police were called to a home in the 500 block of Grand Boulevard on September 17 after Kenya Belcher was assaulted and stabbed multiple times.

There were two children and another adult in the home at the time.

Belcher told police she had been in an on-again, off-again relationship with Byrd for some time, but she had kicked him out of the house on September 15th and changed the locks on the doors.

On September 17th around 8 p.m., Belcher said she smelled cigarette smoke in the basement. When she went to check it out, she was struck with an object and she fell down the stairs.

Belcher told police Byrd had struck her and began stabbing her in the arms, neck, face and head.

Belcher got away and ran outside. She said Byrd also went outside, but he went in the opposite direction and that was the last she saw of him, according to the probable cause affidavit.

According to investigators, both children witnessed some parts of the altercation between Belcher and Byrd.

The prosecutor's office requested a higher than normal bond in this case and for a protection order for the victim.

Bond was set at $1 million and a no contact order was issued.