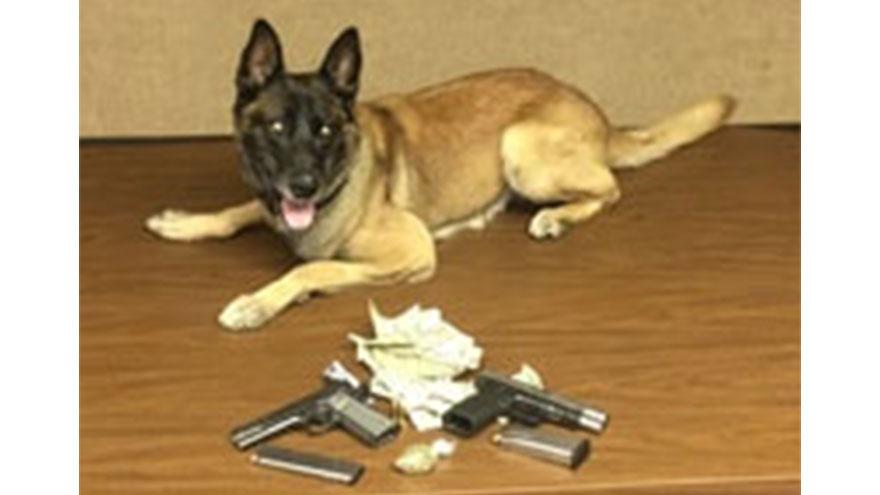 ROCHESTER, Ind. -- A man wanted on attempted murder charges was arrested during a traffic stop on US 31 Tuesday afternoon.

An Indiana State Police trooper conducted a traffic stop on a vehicle that was traveling on US 31 near State Road 25 around 2 p.m. Tuesday.

The dog indicated the presence of illegal narcotics in the vehicle, police said.

Police said they found two loaded .45-caliber handguns, marijuana and $2,891 in cash during a search of the vehicle and its occupants.

The driver, 39-year-old Takisha M. Jacobs of South Bend, was taken into custody on a preliminary charge of driving while suspended with a prior conviction.