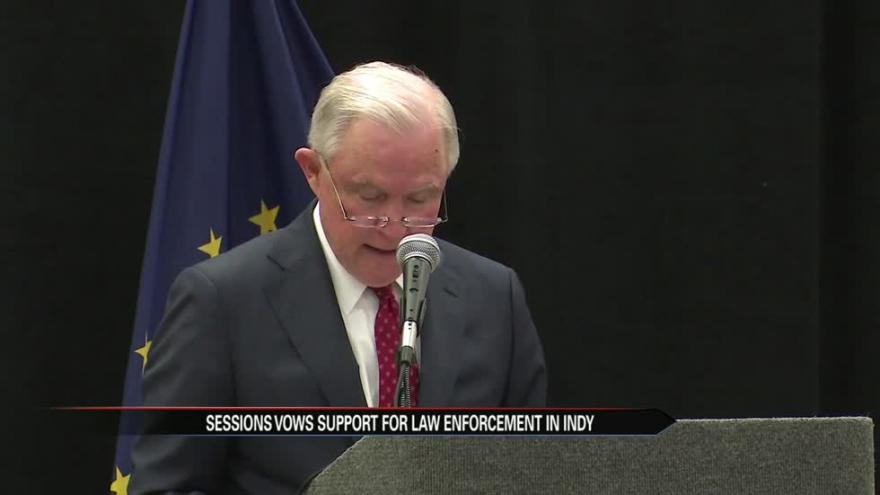 INDIANAPOLIS, Ind. — after weeks of being targeted by President Donald Trump over the Russia election meddling investigation and other politically charged probes, U.S. Attorney General Jeff Sessions made a stop in Indiana on Thursday.

Gen. Sessions said while he was quite relieved to be away from Washington, he was bringing a message back from the Capitol to Hoosier officers during the 2018 Indiana Law Enforcement Conference.

Sessions looked to empower Indiana's boys and girls and blue, while also laying out his plan to crack down on crime.

The Department of Justice launched that initiative a year ago, in the hopes the program would curb gun violence.

Sessions is now looking to put a dent in the opioid crisis.

“I am worried, all of us need to worry, a huge danger remains: the killer drug fentanyl,” said Gen. Sessions.

Sessions says they're calling on leaders in China and Mexico to work harder to stop production of the drug.

And he also doubled down on the importance of border security.

Gen. Sessions talked about his support for ICE officers and also used the opportunity to take swipes at his political opponents who are calling for the shutdown of the department.

The president has been quite vocal about his displeasure with his attorney general.