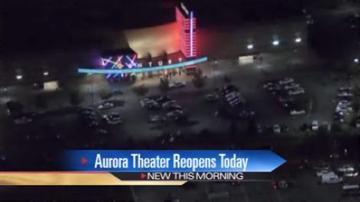 AURORA, Colo. — The movie that was scene of a deadly shooting spree is set to re-open on Thursday.

The Cenury 16 movie theater has been closed since the deadly July shooting that claimed 12 people and wounded 58 others.

Nearly 2,000 tickets will be given to victims and first responders.

And counselors will be on hand if anyone needs support.

Several families of the victims are boycotting the re-opening, calling the invitation disgusting.

According to police, suspected gunman James Holmes opened fired in the theater. Holmes faces more than 160 counts of murder and attempted murder.