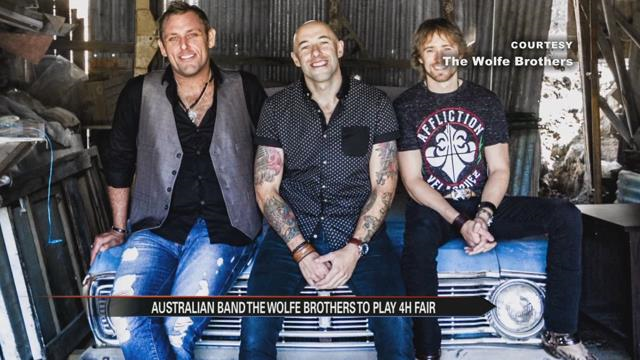 Wednesday is the final night for concerts at the Elkhart County 4-H fair. At 8 p.m. the Wolfe Brothers will take the stage ahead of a performance by the Eli Young Band.

The Wolfe Brothers band is a modern country rock band. They grew up together and started playing together after high school. Throughout those
first few years as a band, they traveled throughout Tasmania, Australia and played different cover songs at bars and clubs.

Their first big break came in 2012, when the group was voted second on Australia's Got Talent. The group dropped their first album titled "It's On" in 2013.

In June, The Wolfe Brothers released a new album titled "This Crazy Life" and are now on their first U.S. tour.