Author of MIT climate study says Trump got it wrong 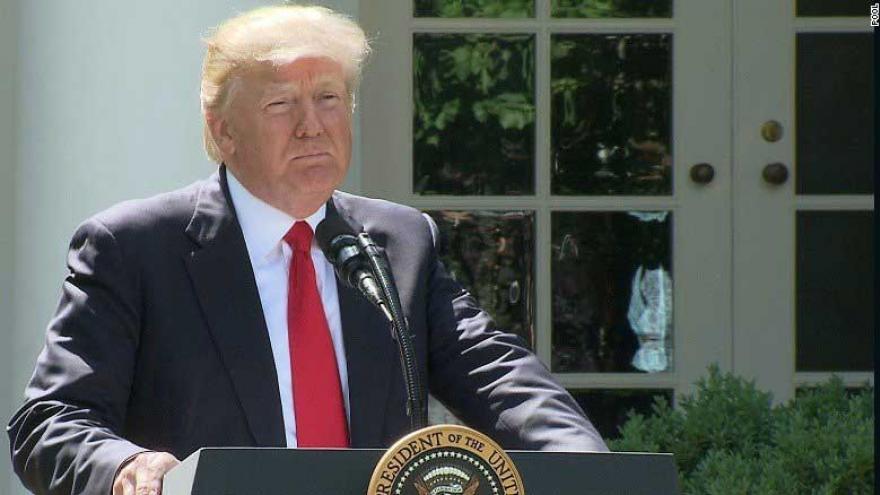 WASHINGTON (CNN) -- President Donald Trump used a Massachusetts Institute of Technology study to back up his departure from the Paris climate agreement on Thursday. But one of the study's authors says the President misinterpreted their data, showing "a complete misunderstanding of the climate problem."

John Reilly, the co-director of the MIT Joint Program on the Science and Policy of Global Change, told CNN Friday that he was unaware the White House was going to cite the study and only found out that they were mentioned when he was contacted by a Reuters reporter.

The study -- titled "How much of a difference will the Paris Agreement make?" -- looked at the incremental changes in the accord that would happen if countries kept their promises. It found that over a 5 to 10 year period global warming would slow between 0.6 degree and 1.1 degrees Celsius by the end of the century.

"Even if the Paris agreement were implemented in full," Trump said Thursday, "with total compliance from all nations, it is estimated it would only produce a two-tenths of one degree Celsius reduction in global temperature by the year 2100."

He then held up his hand, pushed two fingers together and said, "tiny, tiny amount."

The comment and the talking points were meant to undercut the efficacy of the Paris agreement, a claim that Reilly says is wrong.

"The whole statement seemed to suggest a complete misunderstanding of the climate problem," Reilly said. "I think Paris was a very good deal for the United States, contrary to what they are claiming."

He added: "This one small step with Paris is a necessary step. It is an incredibly important step. If we don't take the step than we aren't prepared to take the next step."

Scientists also note that while a small change in temperature doesn't seem like much, it could be the difference of survival for small island nations, like the Maldives.

Reilly said people at MIT have yet to have any contact with the White House over their use of the study -- and don't plan on reaching out.

"I think they are probably immune to fact," he said.

A White House spokesperson did not immediately respond to request for comment.