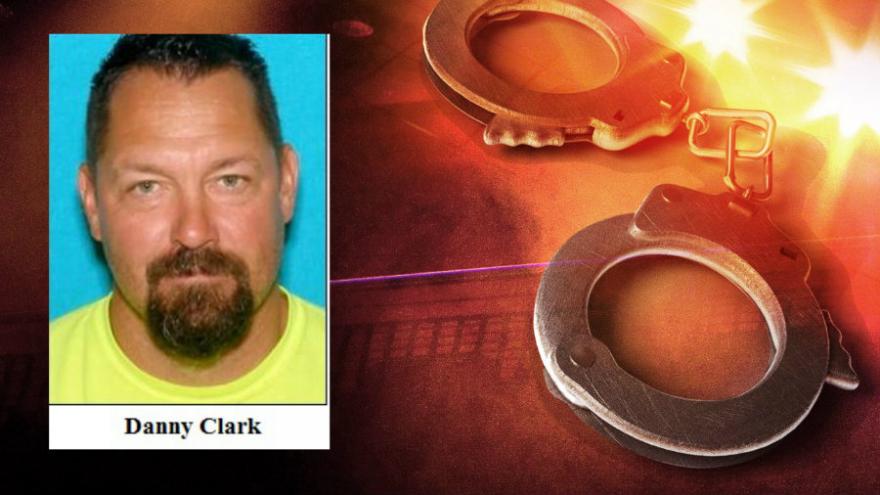 MEDARYVILLE, Ind. – Authorities in Louisiana have arrested a man believed to be responsible for a fatal fire in Pulaski County.

46-year-old Danny Clark was wanted on a murder charge after a victim was found dead inside of a home which was set on fire in White Post Township.

On Aug. 13, 2018 at approximately 2:31 p.m. Pulaski County Communications received a 911 call referencing a residential fire in the 9000 block of County Road 300 N in Medaryville, Indiana, according to the Pulaski County Coroner's Office.

The coroner says the Medaryville Fire Department was dispatched to the location and requested the assistance of additional fire agencies.

The Medaryville Fire Department alerted PCC of a deceased victim located inside the residence, according to the coroner's office.

Deputies from the Pulaski County Sheriff’s Office responded to the location to offer assistance in the investigation.

The Pulaski County coroner has ruled the manner of death a homicide but has not yet released the victim's identity.

The cause of death is also pending autopsy results.

On Aug. 22, 2018 The Terrebonne Parish Sheriff's Office reports that Pulaski County officials reached out to TPSO in Louisiana after learning Clark allegedly made calls from a pay phone on Martin Luther King Boulevard.

The investigation led to TPSO detectives obtaining surveillance video of Clark in this area.

Clark was taken into custody without incident and is being held without bond in the Terrebonne Parish Criminal Justice Complex.

Anyone with information relating to this investigation is asked to contact the Pulaski County Sheriff's Department at 574-946-6655.