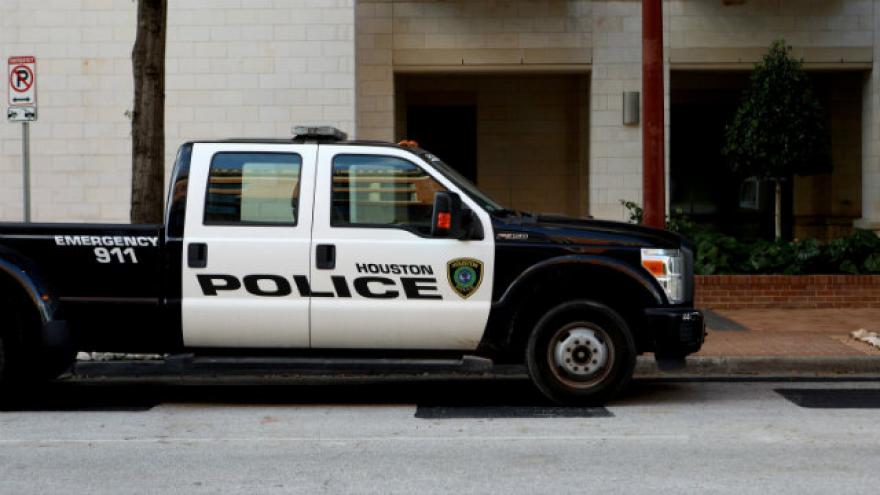 Authorities in Houston are investigating an incident in which a man was fatally shot by a sheriff\'s deputy last week at a busy intersection. Photo courtesy Raymond Boyo/Michael Ochs Archives/Getty Images

By Dakin Andone and Artemis Moshtaghian

(CNN) -- Authorities in Houston are investigating an incident in which a man was fatally shot by a sheriff's deputy last week at a busy intersection.

Cell phone video obtained by CNN affiliate KPRC shows Danny Ray Thomas, with his pants around his ankles, approaching the Harris County Sheriff's Office deputy, who is backing away with his gun pointed at Thomas' chest.

The video is jumpy and doesn't show what happens next. But moments later it shows Thomas laying prone in the street as the deputy attends to him.

Markeeta Thomas, Danny's sister, told KPRC she didn't believe the deputy needed to use lethal force against her brother.

CNN has reached out to police but so far has been unable to determine whether Thomas was armed. A Harris County Sheriff's Office spokesman told the Houston Chronicle that no weapon was recovered at the scene.

Because the shooting occurred in the jurisdiction of the Houston Police Department, that agency will conduct a joint investigation into the shooting with the Houston District Attorney's Office, said Harris County Sheriff Ed Gonzalez.

Police said in a press release that witnesses saw Thomas in the intersection with his pants around his ankles around 1 p.m. Thursday afternoon, while "talking to himself and hitting vehicles as they passed by."

Thomas hit a white vehicle, police said, prompting an altercation between himself and the driver. The deputy, who has not been named, saw the altercation from his squad car as he drove up to the intersection, the release said.

He exited his car and ordered Thomas to stop, the news release said. According to police, Thomas ignored the commands.

"Fearing for his safety, the deputy discharged his duty weapon, striking Thomas once in the chest," the police statement said. Thomas was taken to a nearby hospital where he was later pronounced dead, Gonzalez told reporters.

Sister: Thomas was struggling after his children died

"Our condolences go to the family of this individual," Gonzalez said during a Thursday press conference at the scene.

"Obviously they're someone's loved one. These situations are always difficult, and so the main thing we can do is to get the facts and that we're thorough and transparent."

Markeeta Thomas, Danny's sister, said the video appears to show her brother was not in his right mind, KPRC reported. Thomas, she said, has been dealing with a family tragedy. His wife, Sheborah Thomas, was charged in 2016 of drowning their two children, ages 7 and 5, in a bathtub.

"Whenever he got into that mind frame," Markeeta Thomas said, "thinking about his wife and his kids, he just felt like he was alone."