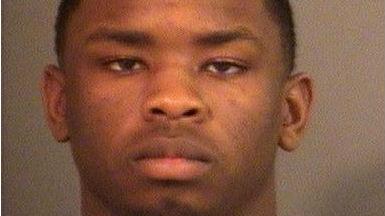 The County Metro Homicide Unit has released the identity of the man killed at Indian Springs Apartments over the weekend.

The victim has been positively identified as 34-year-old Gary Cecil Williams Jr.

The coroner completed the autopsy and his cause of death was a gunshot wound and his manner of death was homicide.

At a press conference on Sunday, CMHU announced they were seeking 21-year-old Nelson Cotton Jr as a potential suspect in the case.

Cotton turned himself in on Monday around 5:00 p.m.

According to a press release, Cotton was arrested on the preliminary charge of murder and is currently in the custody of the St. Joseph County Jail, pending formal charges.