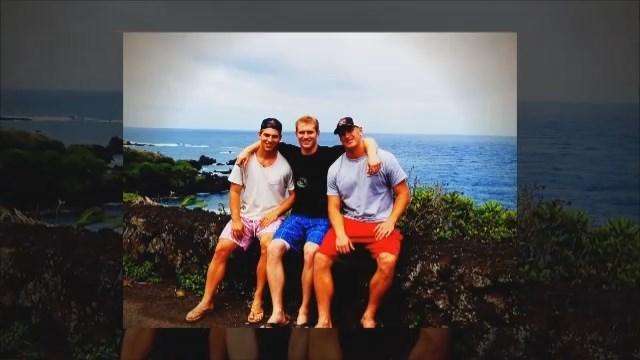 Funeral plans are now underway for a former Notre Dame football player. Konrad Reuland died Monday night after a month-long fight with a brain aneurysm. I spoke with his baby brother on the phone today and he says he misses his best friend and big brother.

“He was always there for me whenever I needed some advice or guidance. I looked up to him, he was my hero,” said 23-year-old Austin Reuland, Konrad Reuland’s youngest brother.

“He was home for Thanksgiving; it was the first time the whole family was all together. He was on the treadmill for a minute or two warming up and he felt a pop in his head. My dad told him to rush in to the ER. Fair enough it was an aneurysm in his brain in a very very tough spot,” said Reuland.

Reuland was a tight end for the Fighting Irish in 2006 and 2007. In 2008, he transferred to Stanford where he finished his college football career. In 2011, Reuland signed with the NFL and eventually become a Baltimore Raven.

“On the field I’ve never met anybody more competitive and more passionate about the game of football,” said Reuland.

“He was a best friend to so many people… and the best big brother I could have ever asked for. A true hero, true hero that’s all I can say,” said Reuland.