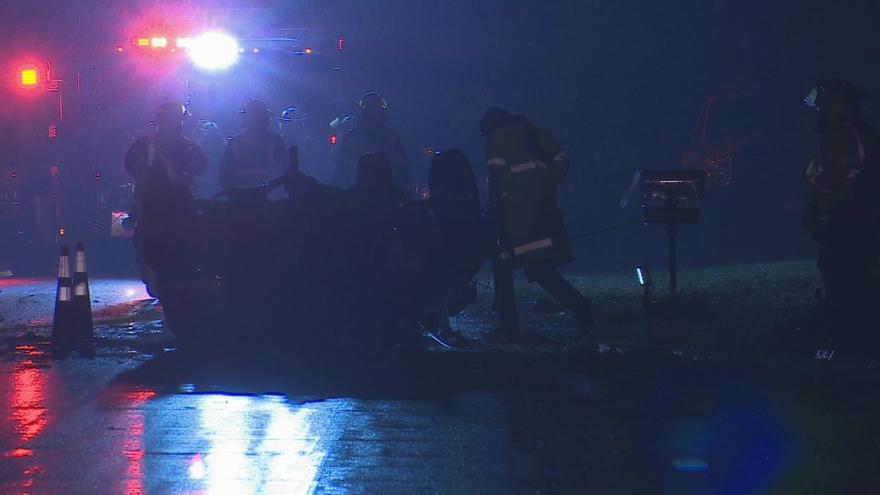 Officials say a small pickup truck was headed northbound and apparently hit a telephone pole, the stump of a tree and then flipped over.

Two people have been confirmed dead on scene and a few homes are reported to be without power.

The authorities believe that weather and speed may have been a factor.

The call came in at 8:02 and authorities are still on the scene gathering information right now.

Crash also knocked out power to a few homes nearby. @ABC57Newspic.twitter.com/lw0qD6FDtv

Small update: police confirmed both victims in the vehicle died. Weather and speed could've been a factor in the crash. @ABC57News