Badges save officers struck by bullets 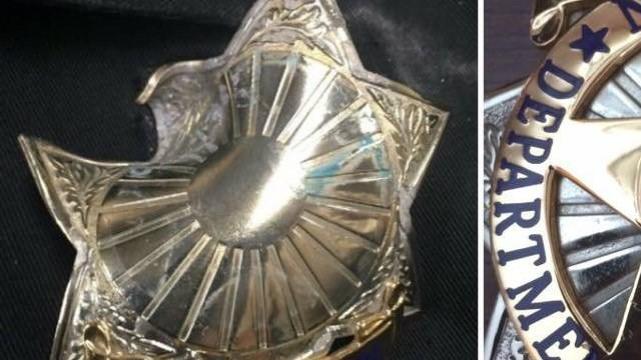 (CNN) -- Officers take an oath to protect and serve, but sometimes they are the ones that need protecting.

This became apparent early Friday when two officers in separate states narrowly escaped being killed -- thanks to their badges.

"We sacrifice time with friends to earn this badge and received the privilege to wear it," said Officer Steve Carapia of the California Highway Patrol. "We never imagine that one day it will save our lives."

Both officers were shot at while on duty.

Both officers were saved by their badges.

Regardless, each officer was able to return home to his family, with a mangled badge for a souvenir.

In Huntington Beach, California, officers were involved in a high-speed pursuit when gunfire broke out. A 10-year veteran of the department was saved by his badge when one of the bullets went through his windshield and struck him.

The suspect veered off the road, crashed his vehicle and died of his injuries.

In Las Vegas, a Nevada State Trooper was conducting a traffic stop when the suspect began to flee the vehicle. During a foot pursuit, gunfire broke out and the trooper was struck in the chest. His badge saved him. The suspect died in the gunfire exchange.

"We are extremely grateful our trooper was uninjured and went home safely," the department posted on Facebook.