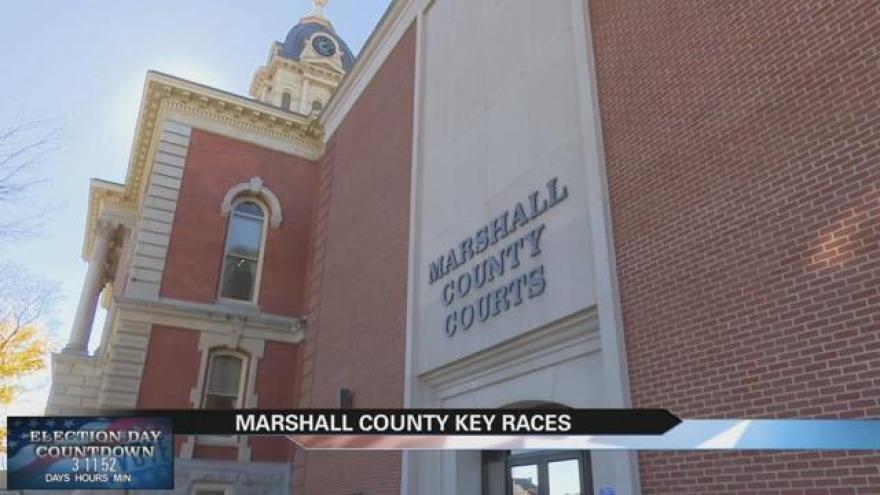 The race for the White House was on the minds of every voter at the county building, casting a ballot.

They made sure their votes were counted this cycle and even braved long wait times to do so.

“It was probably about a 15 minute wait,” said voter Diona Eskew. “The lines were much longer than I expected them to be.”

Voters like Diona expressed enthusiasm to participate in this election.

“I’m kind of nervous about the outcome but excited to see where whoever our new president is will lead us for the next four years,” she said.

But she and others also had qualms about the choices they had to vote for.

“There’s so much bad talk going around, I think we have to kind of look away from that and do the best we can with our decisions,” said voter Melba Holmgren.

Voters in the county are did the best they could, turning out to the polls in record numbers.

So far the number of early votes cast in the county is 4,466.

“2012 we had about 4,000 votes at the end of absentee voting so we’ve exceeded that,” said Deborah VanDeMark, Marshall County Clerk.

That’s good news for the office, as participation in these elections grow.

But still, a lot of people expressed dissatisfaction with the top of the ticket.

“Some people are coming in saying, ‘is just want to be done, I don’t want to think about it anymore I want to get my vote in and be done,’ others want to make sure their voice counts,” said VanDeMark.