Bears, Colts, and Lions look to improve with 2018 NFL Draft 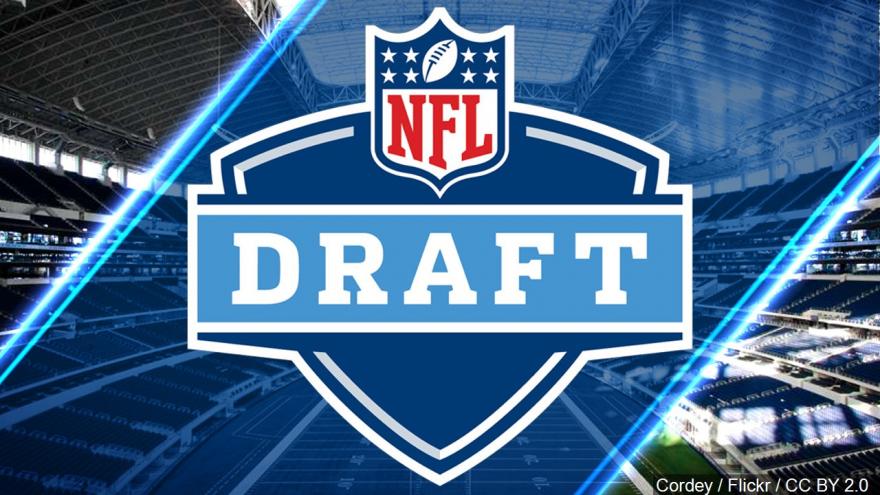 ARLINGTON, Texas -- Football fans across the country turned their eyes towards the NFL Draft to learn where the stars of tomorrow will play.

Each NFL team uses the Draft to make its biggest moves towards a successful future, and ABC57 will continue to update this story throughout the weekend as the Bears, Colts, and Lions make their selections.

Indianapolis and Chicago both hold Top-10 picks in Thursday's first round, with the sixth and eighth picks respectively. Detroit holds the 20th pick in the first round.

The Colts enter the Draft with a stockpile of 11 picks in the weekend's seven rounds. The Bears own nine picks, while the Lions own eight.

Shortly after making the selection, the Colts decision-makers discussed their pick of the Irish All-American.

"He's nasty. He's tough. He's everything we want to stand for as a team," said general manager Chris Ballard. "His football character is off the charts and that's something we want to keep adding."

"My impression was that he's the best offensive lineman I've seen coming out in the draft in a while," said Colts head coach Frank Reich. "Just thinking of my first time talking with Chris about this, and our mutual consensus that this is where we want to go."

The Bears went the defensive route, drafting linebacker Roquan Smith from Georgia with the eighth pick.

In his two years as a starter for the Bulldogs, Smith tallied 219 tackles and 16.5 tackles-for-loss.

The Bears made two picks on the second day of the draft. They opened by selecting Iowa center James Daniels at No. 39 and then added Memphis wide receiver Anthony Miller later in the second round.

The Lions also made trades on Friday. They traded up with the Patriots, and selected Auburn running back Kerryon Johnson at No. 43. The Patriots received two Lions picks, one in the second and one in the fourth, in exchange for the move up. Detroit then selected Louisiana safety Tracy Walker in the third round.

The Colts completed their 11-player haul, making the most picks in a single draft in team history. After bolstering the interior in the first two rounds, Indianapolis went on a streak of skill-position selections. They selected NC State running back Nyheim Hines in the fourth round, then took Northern Iowa receiver Daurice Fountain and Mississippi running back Jordan Wilkins in the fifth. They continued the skill positions with their only sixth-round pick, selecting Clemson wide receiver Deon Cain.

The Bears made four total picks on Saturday - one in each round. They selected Western Kentucky linebacker Joel Iyiegbuniwe in the fourth round, then Delaware defensive lineman Bilal Nichols in the fifth. In the sixth round, the Bears went defense again with Utah edge rusher Kylie Fitts. They made their lone offensive selection with their final pick of the draft, taking Georgia receiver Javon Wims.

The Lions only made three picks on Saturday. They began with Alabama defensive end Da'shawn Hand in the fourth round. Then, they drafted Oregon guard Tyrell Crosby in the fifth round. The Lions completed their draft with San Diego State running back Nick Bawden in the seventh round.