Behind the scenes of "The Bachelor" 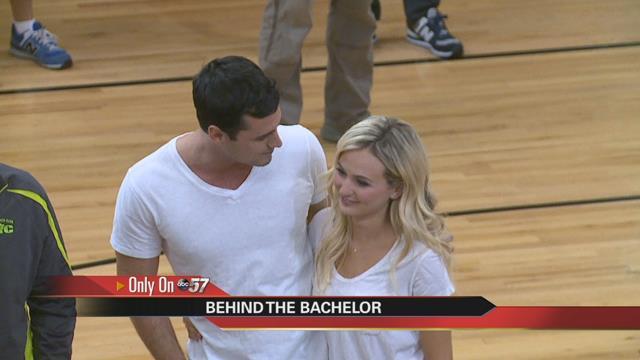 ABC 57 went behind the scenes of "The Bachelor" last fall when the show came to Warsaw last fall.

Bachelor Ben Higgins spoke about his quest for love, as did with contestant Lauren Bushnell.

The trip was a return home for Higgins.

“This is a huge part of my life,” Higgins said.

Higgins, 26, was a Hoosier long before being a bachelor.

Growing up, the basketball player spent his free time working at the Baker Youth Club.

“It’s a place where kids come after school to just hang out to get support and some care,” Higgins said.

The Warsaw native eventually moved to Denver, but that was just the beginning.

In 2015, Higgins didn’t find everlasting love on "The Bachelorette," but still came out a winner, given an show of his own as the next "Bachelor."

The show has taken him around the world so far, from Las to Vegas, to Mexico, to the Bahamas.

“This year is my love story, and it’s being written right now,” Higgins said.

He couldn’t write it without coming back home.

One of the women hoping to share a future with him is fan favorite Lauren Bushnell.

The flight attendant joined Higgins on a date, which will air next week, at the Baker Youth Club.

“We’re just being with kids and taking care of them,” Bushnell said.

Higgins said he was impressed with Bushnell.

“She was smiling. She was laughing,” Higgins said.

Higgins and Bushnell said amidst the glamour of a worldwide quest for love, an afternoon in Warsaw  was still enjoyable.

“This is real. Trust me, it’s real,” Higgins said.

Even as America’s heartthrob, he still calls Warsaw home.

“Being back in Warsaw definitely reminds me why I’m trying to find love, and why I think I have a community that will support that,” Higgins said.