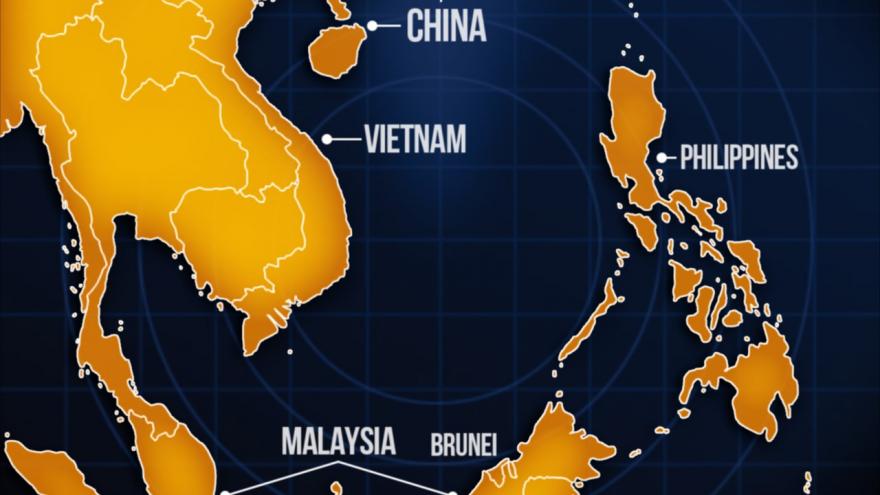 By Chieu Luu and Katie Hunt

In an act of defiance against Beijing's territorial ambitions in the region, Indonesia will now call the northern areas of its exclusive economic zone in the South China Sea, the 'North Natuna Sea.'

At a press conference in Jakarta, Indonesia's Deputy Minister for Marine Sovereignty Arif Havas Oegroseno unveiled a new map with the re-named territory.

"We need to continue updating the naming of the sea and report to the United Nations about the borders," Oegroseno told Indonesia's state-run news agency Antara.

"This (system) would allow the international community to know whose territory they pass through," he added.

Part of the renamed area falls in China's "nine-dash line" -- sea waters extending hundreds of miles to the south and east of China's island province Hainan.

Dotted with hundreds small islands, reefs and shoals, the South China Sea is a crucial shipping route and believed to be rich in natural resources, such as oil and gas.

China claims the entirety of the sea, but Vietnam, Taiwan, the Philippines, Brunei and Malaysia all have competing territorial claims to parts of the sea that are near their respective shores.

In recent years, China has invested heavily in building and militarizing artificial islands in the South China Sea.

Other nations have also deployed military assets to assert their territorial claims on a much smaller scale.

Indonesia insists it is a non-claimant in the South China Sea dispute, but has butted heads with China over a standoff involving a Chinese trawler that Indonesia stated was in its fishing waters.

"The so-called change of name makes no sense at all and is not conductive to the effort of the international standardization of the name of places," Shuang said at a daily press briefing on Friday.

"We hope relevant country can work with China for the shared goal and jointly uphold the current hard-won sound situation in the South China Sea," he said.

One sea, many names

Indonesia is not the first country to rename part of the South China Sea.

In 2011, the Philippines renamed the waters as the "West Philippine Sea" and two years later took the territorial dispute before an international tribunal at The Hague.

In July 2016, the tribunal ruled in favor of the Philippines, concluding that China has no legal basis to claim historic rights to the bulk of the South China Sea. China, which had refused to participate in the proceedings, responded by calling the ruling a farce.

Oegroseno said the Indonesian government has the authority to name every area in the country's territory. He said that the North Natuna Sea would be reported to the United Nations and the International Hydrographic Organization for official registration.