Ben Carson sits for hearing amid questions about qualifications 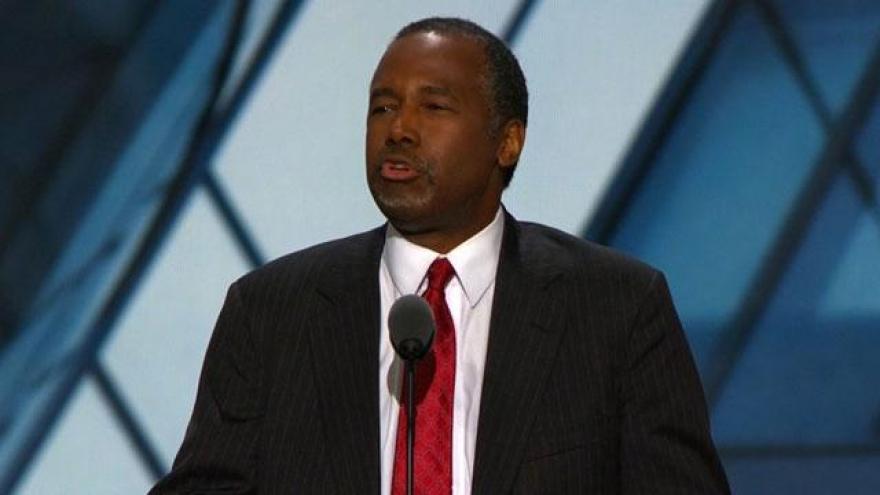 (CNN) -- Ben Carson, the renowned neurosurgeon and former GOP presidential candidate, sat before a Senate committee Thursday morning to make the case that he should be confirmed to lead the Department of Housing and Urban Development.

In contrast with past HUD secretaries, Carson has no government experience or expertise in housing and urban development policy, and Democrats on the Senate Banking committee are expected to question his qualifications to lead the $47 billion agency, which is charged with helping millions of poor Americans secure affordable housing.

Instead of a traditional resume, Carson began by highlighting his impoverished upbringing in inner city Detroit and the rags-to-riches success story that he has detailed in books and public appearances in recent years. Carson's family received government assistance in the form of food stamps when he was a child, though he never lived in public housing. If confirmed, Carson would be the only African-American nominated for President-elect Donald Trump's Cabinet.

In his opening statement to the Senate Banking committee, Carson noted that he was raised by a single mother who had a "third-grade education" and made the case that he understands the issues facing the millions of people who rely on HUD programs.

"I have actually in my life understood what housing insecurity was," Carson said, noting that his family moved from Detroit to Boston as a child because they had "no place to live."

But Carson faced especially pointed questions about his criticisms of government welfare programs as he looks to be confirmed to lead a government agency that manages many of those initiatives.

Carson frequently used his public platform and his presidential run to decry government overreach and drawn on his personal success story to argue against government welfare programs and in favor of a by-the-bootstraps attitude.

He has said the government's social welfare programs, including housing subsidies, make the poor "dependent" on the government and has called poverty "really more of a choice than anything else," making a case for personal responsibility. And he called for slashing public assistance programs indiscriminately.

Sen. Sherrod Brown, the top Democrat on the committee, and Sen. Bob Menendez, D-New Jersey, pressed Carson about those criticisms and nudged him to go on the record that he would uphold HUD's mission and that he supports its programs.

Carson conceded that he believes HUD's rental assistance program is "essential" and said it would be "cruel and unusual" to retire government assistance programs without a proper replacement. He also assured the committee that he would advocate for HUD's budget and not seek to gut the agency.

Carson also committed to ensuring LGBT Americans enjoy equal rights when it comes to HUD programs when pressed on his past controversial statements about that group.

The testiest exchange during the hearing came when Sen. Elizabeth Warren, D-Massachusetts, urged Carson to promise none of HUD's budget would wind up financially benefiting Trump or his real estate company.

Carson declined to rule it out, insisting instead that he would "absolutely not play favorites"

"I will manage things that benefit the American people," he said, adding he would not unequivocally rule out any HUD funds making their way to the Trump Organization in an appropriate context if such a move would benefit low-income Americans.

Warren said she was not raising questions about Carson's integrity but rather about Trump's decision not to place his assets in a blind trust or fully divest from his businesses, instead putting his sons and a top executive in charge of the Trump Organization while he is President.

Carson also drew on the connection between housing and health during his confirmation hearing, arguing in his opening statement that his background as a medical professional prepares him for the top HUD post, noting that "good health has a lot to do with a good environment" and that substandard living conditions can result in health problems, including learning disabilities in children.

He also looked to quell concerns about his qualifications with a letter from four past HUD secretaries, including a Democrat who served in President Bill Clinton's administration, urging his confirmation.

Omarosa Manigault, a former "Apprentice" contestant who oversaw much of Trump's diversity efforts during his campaign and will become White House staff, also sat behind Carson in the second row for part of the hearing.

Sen. Marco Rubio, R-Florida -- like Carson a GOP primary rival Trump -- also introduced Carson before the committee, arguing that Carson understands that "HUD is not just about providing people with a place to live. HUDis about the American dream."

"Dr. Carson believes this not because he read about it in a book or in a magazine or because he watched some documentary on PBS. He believes it because he has lived it, and that cannot be easily replicated," Rubio said.

Although Carson may bring a critical view of government programs to the agency charged with delivering many of those government services, the retired neurosurgeon will also run point on making good of much of Trump's outreach to minority communities during his presidential campaign -- much of which Carson was present for during the campaign. Carson shepherded Trump through inner city Detroit, to a church there and then for a drive through blighted neighborhoods before a brief stop by Carson's childhood home.

Trump during his campaign promised to revitalize inner city communities, but frequently conflated his outreach to low-income Americans with outreach to black and brown Americans -- describing a picture of daily life for African-Americans as a blighted war zone filled with crime and poverty.

"What the hell do you have to lose?" Trump frequently asked during his campaign rallies, sometimes with Carson close by.

Carson served as one of Trump's top surrogates during the campaign, but his interviews on behalf of the brash billionaire candidate sometimes distracted from his surrogacy efforts.

In one confrontational exchange on MSNBC, Carson chided a female host amid tough questioning and told her to "stop" before asking her microphone be turned off. He also said there were likely better candidates for president than Trump even after endorsing him.

That's because Democrats aren't the only ones doubting Carson's qualifications to lead the federal department.

Carson himself resisted Trump's early entreaties to join his Cabinet, declining to come aboard as secretary of Health and Human Services, a more natural fit for the renowned neurosurgeon.

And Carson confidant Armstrong Williams said at the time that Carson has "never run an agency and that's a lot to ask."

"He's a neophyte and that's not his strength," Williams told CNN in November after confirming that Carson had declined Trump's offer to lead the health department.