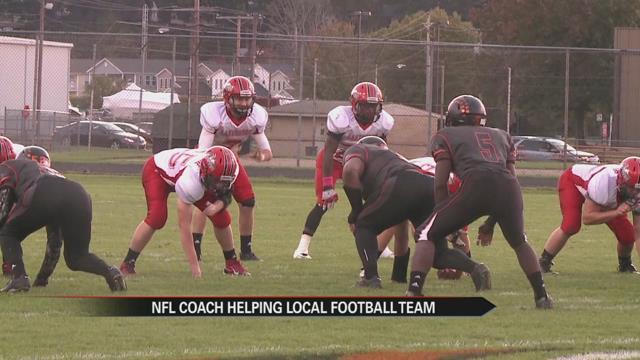 Amid the heartache, there’s hope.  The wild and unexpected success from the Benton Harbor High School’s football team in the fall  has inspired  players, students, and fans in the community to strive for something more.

After 25 years of losing seasons, the team finally found its magic.

All last season, the Benton Harbor football team lifted the spirits of its entire community and just one day after Grady Mann was found killed not far from the school, the community is once again looking at this team to help them get through a very difficult time.

The Benton Harbor Tigers gained national attention last season when they broke a quarter century long losing streak on their way to the district playoffs.

Their head coach, Elliot Uzelac, a former college and NFL coach, came out of nowhere to lead the Tigers to their best season in 25 years, coaching them for a salary of just one dollar per year.

And in November, their Cinderella season was rewarded with a $10,000 scholarship to a Benton Harbor graduate in coach U’s name and an all expenses paid trip to Walt Disney World in Orlando, Florida.

The team boarded a bus at 5 a.m. Friday morning.

Their flight leaves at 9:16 a.m. from O’Hare International Airport.