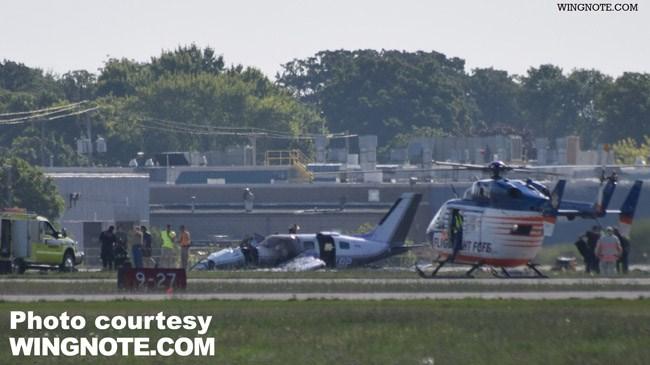 A Benton Harbor pilot was with four others in a plane that crashed at an airport in Oshkosh Wednesday around 7:45 a.m., according to CBS58 in Milwaukee.

The Piper Malibu was landing at Wittman Regional Airport when it crashed on the runway.

The pilot was identified as Kenneth Kaminski of Benton Harbor, Michigan. Three of the other passengers, 71-year-old Gerald T. Kaminski, 30-year-old Margaret C. Laing, and 26-year-old Nathan P. Gargano, are also from Michigan, according to CBS58.

The fifth passenger was identified as 56-year-old Neil Dill.

The crash happened during the EAA Air Venture air show.

According to CBS58, during the week-long event, about 5,000 private planes are expected to land.