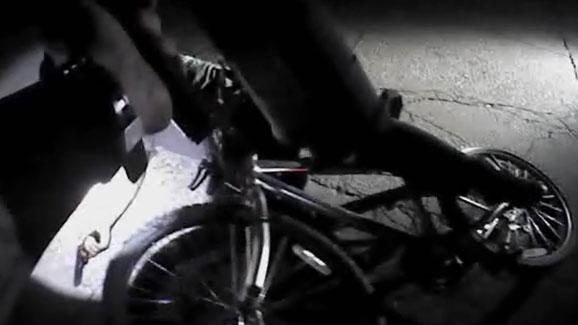 Berrien County Prosecutor Michael Sepic announced the officer who fatally shot 28-year-old Darius Wimberly acted in self-defense and defense of others and will not be facing any charges.

Benton Harbor Department of Public Safety officers were called to the 900 block of Pavone during the early morning hours of October 18 to investigate reports of a person being held at gunpoint.

When officers arrived, they were unsure of which house was referenced in the emergency call.

The residents at 951 Pavone spoke with officers and it appeared no one was being held at gunpoint there, according to the release from the prosecutor's office.

While officers were speaking with a resident in the front porch area of the home, they heard gunshots fired in their direction, reports said.

An officer on the treelawn, armed with a semiautomatic rifle, returned fire, paused, heard additional gunshots, and fired more rounds, according to the prosecutor's office.

This officer was the only one who fired shots during the incident, reports said.

Sepic said the officer's camera confirmed the series of events.

Police located Darius Wimberly deceased. He had a .40-caliber Taurus semiautomatic pistol in his hand at the time, which was shown in the body camera video.

There were 15 cartridge casings located where the officer was standing in front of the home on Pavone.

According to the prosecutor's office, the investigation revealed Wimberly had an issue with someone who had been at the Pavone residence the evening before, but who wasn't there at the time of shooting.

Sepic stated it is unknown if Wimberly knew he was shooting at police. The road was extremely dark that evening and the police vehicles parked on Pavone did not have their emergency lights activated.

Wimberly's autopsy revealed he died of multiple gunshot wounds to the legs and torso.

Sepic added in this case, the officer was justified in using deadly force because he was protecting himself, other officers and the residents.