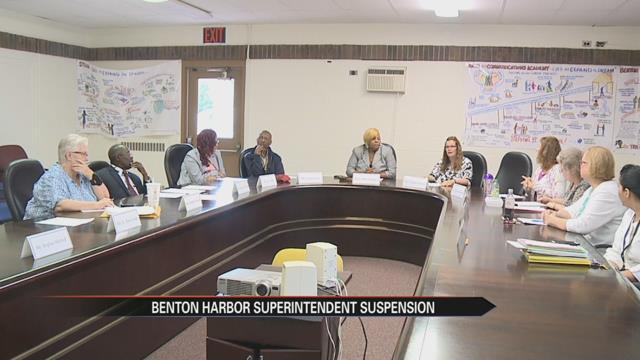 It has been nearly two months since Benton Harbor Area Schools Superintendent Dr. Leonard Seawood was placed on paid administrative leave for unknown reasons. District officials announced when they will be discussing the matter publicly.

The school board has now revealed more about what happened and the future of the district.

According to School Board President Sharon James, they should be able provide answers by July 1, two months after the initial announcement was made.

“We originally said four weeks. But then there were some issues with certain things, so it delayed the review,” James said.

James says the board will receive the investigation review on June 26, and will hold a public meeting within a few days after.

In that meeting, the reasons for the investigation be revealed and the superintendent's future will be up for vote.

“We will definitely be transparent in that discussion,” James said.
Share this article: