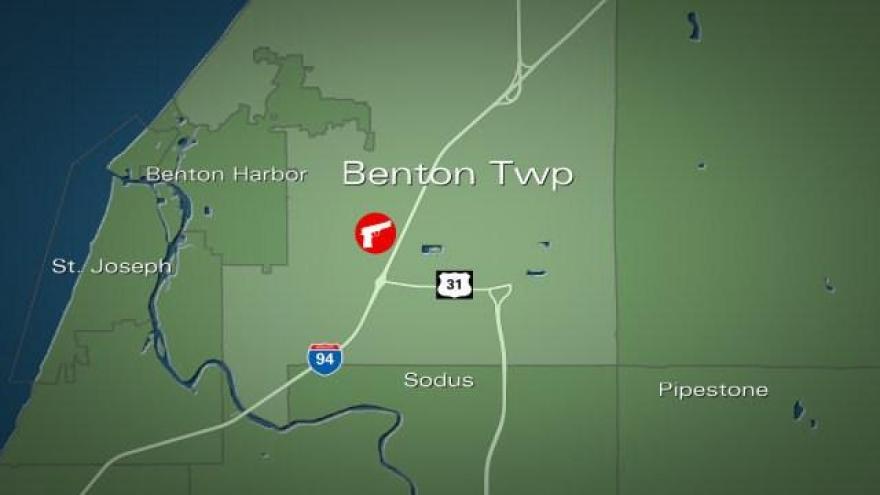 Benton Township Police responded to a shooting shortly before 9:30 p.m. Wednesday. The nature of the call was about a man who had been shot in the 1900 block of East Empire Avenue.

The victim who was later identified as Kenneth William Martin , Jr., had a gunshot wound to the chest and was taken to the hospital where he was pronounced dead.

During the time of the shooting, he and a woman were walking down the street when they were approached by an unknown man.

That man demanded their belongings and proceeded to shoot Martin during the time of the robbery.

The suspect fled the scene on foot and the woman was able to get away without injury.

No suspect information is available at this time. Anyone with information is encouraged to call the Benton Township Police Department at (269) 925-1135 or Crime Stoppers at (574) 288-STOP.

A heavy police presence in Benton Township was confirmed as an investigation into a possible shooting late Wednesday night.

Police were dispatched to a location on Empire Avenue near South Euclid Avenue, just west of I-94 at approximately 9:30 p.m.

The confirmation of the shooting has not yet been reported by police.

Stay with ABC 57 News for updates on this breaking story as we gather more information.