BERRIEN COUNTY, Mich. -- Berrien County Commissioner Teri Sue Freehling has been suspended for 60 days following an independent review of allegations she should have abstained from voting on certain contracts due to a conflict of interest.

The independent review, by attorney John E. Dewane, began after the Berrien County Prosecuting Attorney decided not to pursue criminal charges against Freehling.

The report says Freehling was advised that even if she wasn't legally required to abstain in some of the instances, disclosure and abstention were options that would protect her from allegations she violated her office.

Freehling only abstained in one situation, reports said.

The chairman of the Berrien County Board of Commissioners, Mckinley Elliott, released a statement on Thursday.

In it, he says Freehling will be suspended for 60 days.

He also says they are considering new rules to encourage commissioners to be more transparent than the legal minimum disclosure and abstention requirements to avoid any appearance of impropriety. 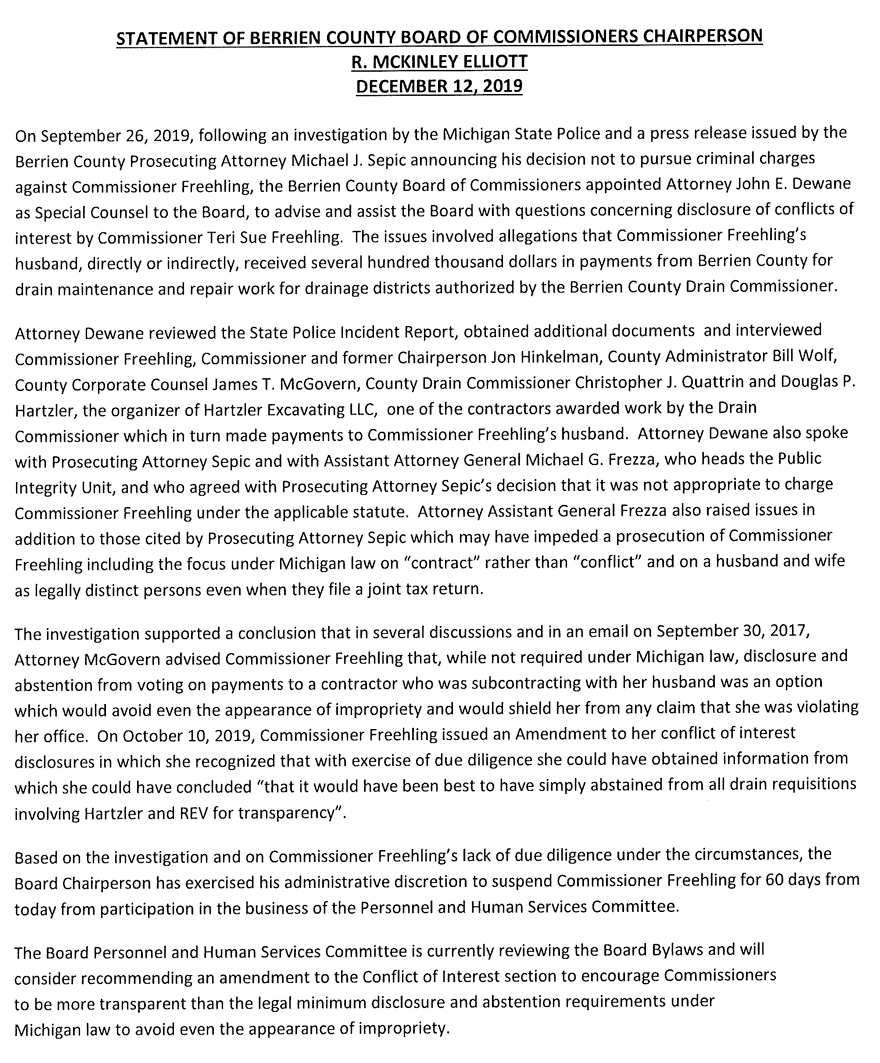