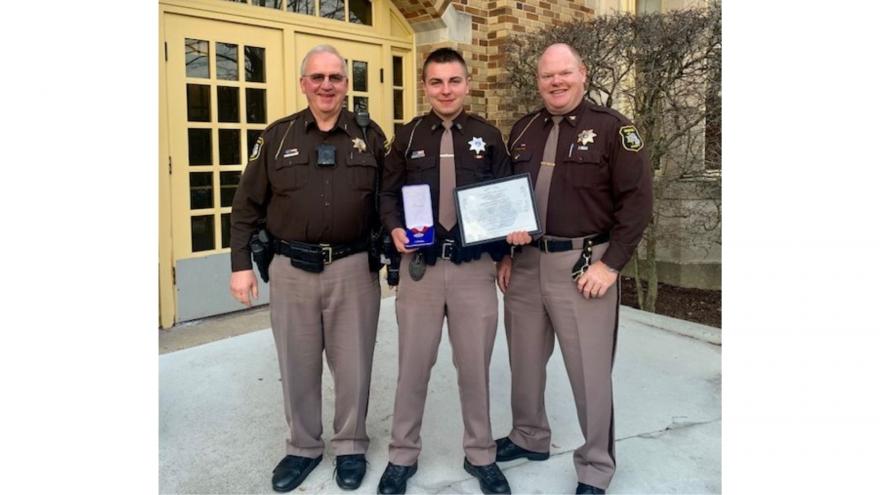 BERRIEN COUNTY, Mich. – A deputy with the Berrien County Sheriff’s Office received a Meritorious Service Award for his actions on the job.

Deputy Christian Campbell was given the award for the actions he took on February 22 when he apprehended an armed suspect who had just shot and wounded a person in Benton Harbor.

Deputy Campbell was given the award Thursday during the Berrien County Board of Commissioners meeting.