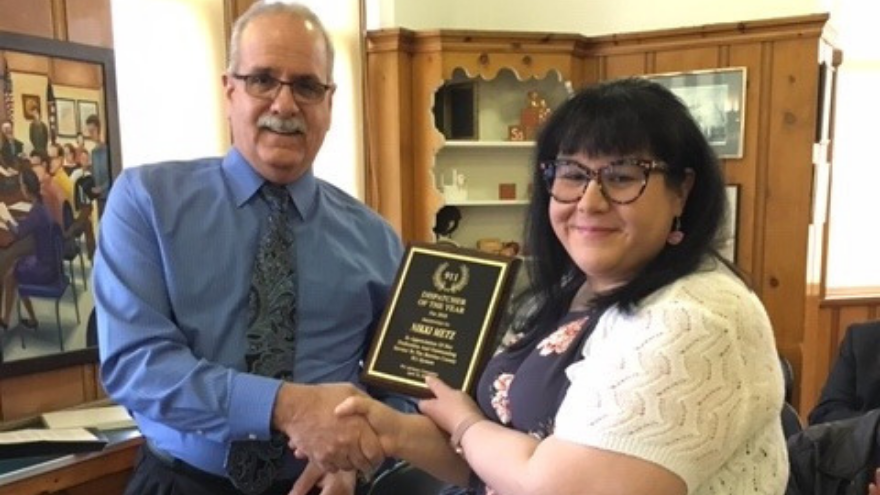 Photo courtesy of the Berrien County Board of Commissioners

BERRIEN COUNTY, Mich.—The Berrien County Board of Commissioners presented the 2019 911 Dispatcher of the Year Award on Thursday.

Jack Fisher of the 911 Advisory Committee presented the award to Nikki Metz from the Niles Police Department.

According to the committee, Metz went above and beyond to identify a felony counterfeiting suspect who was involved in several Indiana and Michigan cases.

They said thanks to her diligence, officers were able to solve multiple felony counterfeiting cases. Secret Service is now also involved as the suspects were a part of a local ring.

Thirteen dispatchers were nominated for their efforts and abilities while dispatching 911 calls.