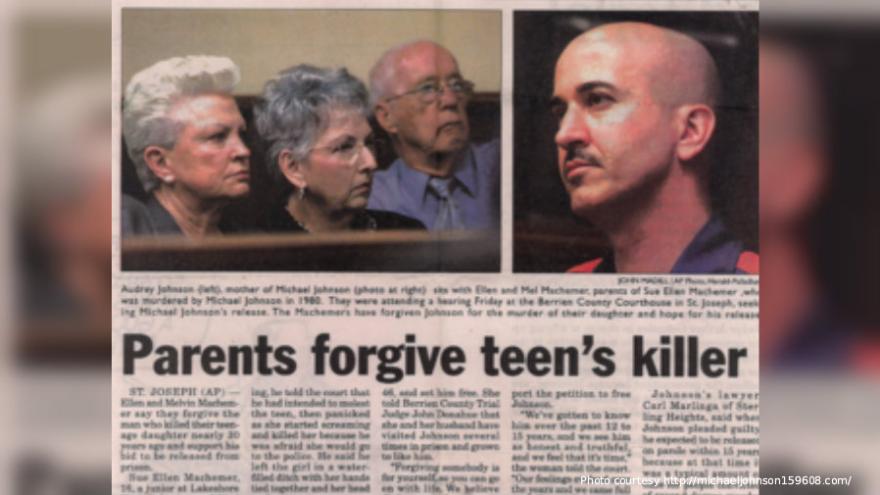 BERRIEN COUNTY, Mich. -- The Berrien County Prosecutor's Office is appealing a judge's order for a new sentence in a 38-year-old Stevensville murder case.

Michael Johnson was sentenced to life with the possibility of parole after he was convicted of killing his classmate 16-year-old Sue Ellen Machemer.

Despite his sentence including the possibility of parole, he has never been granted a parole hearing.

Johnson was 17-years-old when he admitted to killing his lakeshore high school classmate in 1980.

A judge recently ordered a new sentencing hearing based on a U.S. supreme court ruling saying life without parole for juveniles is unconstitutional.

Tuesday, Prosecutor Michael Sepic announced his office is appealing that ruling, arguing under Michigan Law 17-year-olds are treated as adults and the original sentence was not life without parole.

A press release from the Berrien County Prosecutor’s Office reads:

“It is the opinion of this prosecutor’s office that when a judge makes an error in the legal analysis of a case and that decision may affect other cases, the prosecutor has a responsibility to make sure the law is followed. It is Prosecutor Sepic’s opinion that the decision to grant Mr. Johnson a resentencing hearing based upon the Miller case is flawed; thus, the prosecutor’s office has filed an appeal of Judge Donahue’s decision with the Michigan Court of Appeals.”

The release also notes the refusal to give Johnson a parole hearing is the Michigan Parole Board’s “prerogative.”