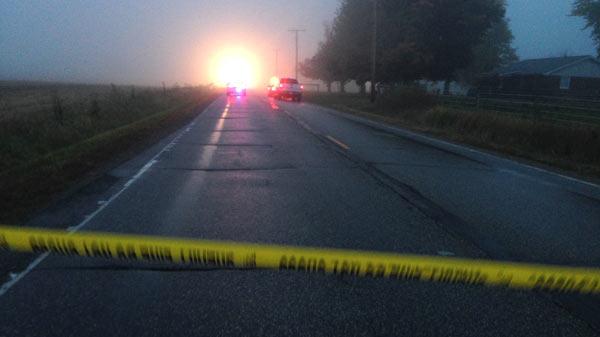 A bicyclist was killed after being hit by a car early Monday morning just north of Millersburg.

The Elkhart County Sheriff's Department says 26-year-old Devon Lehman was riding along State Road 13 with a friend when both men were struck by a Jeep.

Lehman was pronounced dead at the scene -- the other bicyclist was not injured.

The accident happened around 4:30 a.m. just south of County Road 38.

There was dense fog in the area at the time, but deputies say both bikes had lights on them.
The driver of the Jeep's blood has been sent for drug testing and the crash remains under investigation.