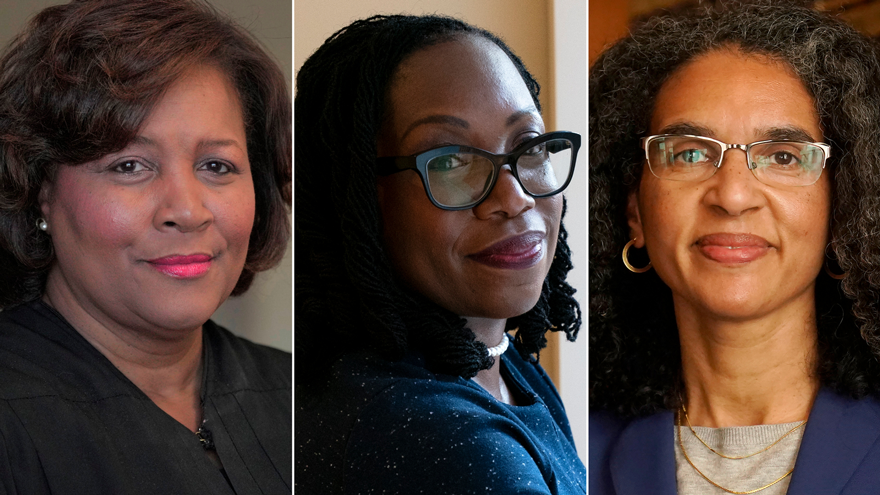 One source familiar with the three meetings -- including the meeting with Jackson, who has long been considered the frontrunner -- said the President has yet to make up his mind. Two other sources confirmed the meetings with Kruger and Childs.

Biden's final decision is expected by the end of this month.

RELATED: How presidential interviews can make or break a Supreme Court nomination

"The President has not yet chosen a nominee," Bates said. "He continues to evaluate eminently qualified individuals in the mold of Justice Breyer who have the strongest records, intellect, character, and dedication to the rule of law that anyone could ask for -- and all of whom would be deserving of bipartisan support. He looks forward to announcing a nominee this month."

White House officials have also reached out in the last couple of days to liberal groups to let them know that the President was sticking to his end of the month timeline and urging them to support top tier candidates against attacks from critics, according to a person who was contacted.

That evolving crisis with Russia and Ukraine has not derailed the President's plans to make a decision ahead of his March 1 State of the Union address, as of yet.

White House officials began reaching out to potential Supreme Court candidates to gather more information about their records earlier this month. As part of the normal protocol in the vetting process, the FBI has contacted friends and former colleagues of potential nominees.