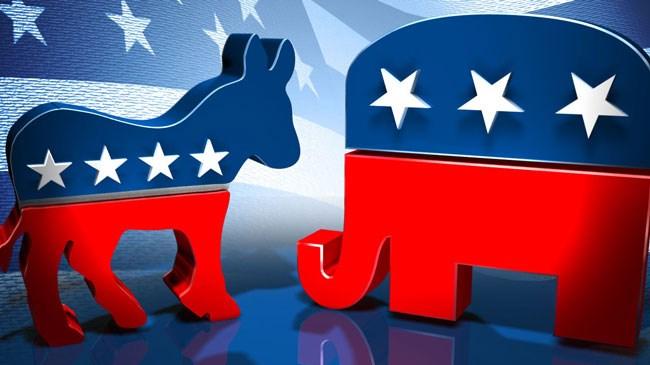 Her long-awaited moment of celebration as the first female presumptive nominee of a major political party comes as six states held contests that will close out a tumultuous presidential primary season. She will win the first contest of the night -- the New Jersey Democratic primary -- according to a CNN projection.

Clinton is expected to address the groundbreaking nature of her candidacy in unusually direct terms during a speech in Brooklyn. She will make clear that this is a historic moment that marks progress for a country that only allowed women to vote in the last century.

Clinton struck these themes on Twitter ahead of her speech.

"To every little girl who dreams big: Yes, you can be anything you want -- even president," Clinton wrote. "Tonight is for you."

While the spotlight will be on the former secretary of state, Democratic rival Bernie Sanders and presumptive Republican nominee Donald Trump also face crucial tests over how to respond to her new stature that will ripple through the rest of the 2016 campaign.

Sanders, who CNN projects will win the North Dakota caucuses, faces an existential campaign question. He is grappling with whether to honor his vow to fight on to the Democratic National Convention next month or accept the electoral mathematics that give him no viable path to victory and join Clinton to unite a party divided by a much more competitive primary race than expected.

He'll likely provide more details about his plans during a late-night speech in California. CNN's Brianna Keilar reported that the campaign managers for Clinton and Sanders are in touch, keeping the lines of communication open so they can eventually unify the party, according to a source familiar with the conversations.

For Trump, the question was how he might extricate himself from the political hole opened up by his controversial comments about a judge of Mexican descent who is overseeing a lawsuit aimed at Trump University. His accusation that the judge is biased because of his ethnicity has horrified senior GOP leaders who recently reluctantly endorsed him. He tried to neutralize the furor with a statement Tuesday saying his comments had been "misconstrued."

Amid the furor, Trump, who won the Republican contests in New Jersey, New Mexico and South Dakota, delivered a more conventional speech that seemed a departure from the free-wheeling approach he often takes. Using a teleprompter -- notable for someone who has blasted Clinton for being scripted -- Trump attacked Clinton and called for GOP unity.

"We are only getting started and it is going to be beautiful," he said.

He didn't mention the judge during his speech and instead sought to convey that he understood his new role as the leader of the GOP.

"I understand the responsibility of carrying the mantle and I will never, ever let you down," he said.

The public appearances will add up to one of the most consequential set piece moments so far in the presidential campaign, with just as much symbolic importance as the party conventions next month and the three presidential debates in the fall. The speeches will set the trajectory of the general election race and ultimately help decide who wins in November.

Voters went to the polls in New Jersey, New Mexico, North Dakota, South Dakota, Montana and California, which offers the most Democratic delegates of any state.

Clinton reached the magic number of 2,383 delegates needed for the nomination on Monday night after adding the support of several superdelegates.

The former first lady, who has spent a quarter of a century in the national political glare, and weathered a string of controversies, will embrace her status as a female icon as never before on Tuesday night, after spending years playing down the historic potential of her career. A video to be played before her appearance will set the achievement in context.

Beyond her likely fresh shots at Trump, Clinton's victory speech in Brooklyn will offer her first and best chance to frame a positive political vision for America and to sketch out what a second Clinton presidency would mean.

Clinton campaign manager Robby Mook told CNN's Wolf Blitzer that he believed Clinton would widen her lead of around three million votes in the popular vote over Sanders and would achieve a majority of pledged delegates and that the campaign "will be celebrating the first woman to be nominated by a major party to be president of the United States in our history."

The event will also represent the closing of a personal and political circle as it comes exactly eight years to the day after Clinton folded her 2008 primary campaign against Barack Obama after failing to crack what she described as the "highest, hardest glass ceiling" in American politics.

Sanders' appearance after polls close in California will be closely watched for signs of his intentions. The Vermont senator was once a fringe political figure, but has used a campaign that electrified the Democratic Party's liberal grassroots to emerge as a major figure.

Sanders has his political legacy and future career to consider, as well as what may turn out to be the last rites of his presidential bid. If he decides that it is the end of the road, Sanders must also encourage his fervent supporters to embrace Clinton -- an experience many may find unpalatable after the euphoria of his unlikely insurgent campaign.

Should Sanders win California, he will strengthen his argument for fighting on after the primary season has officially wound down. But should Clinton triumph in a race that polls suggest could be too close to call, she will put an exclamation point on her victory in the four-and-a-half month primary marathon and the pressure for Sanders to quit could become unbearable.

That pressure is rising almost by the hour, with the White House signaling that President Barack Obama, who remains highly popular among Democrats, is readying an endorsement of Clinton within days.

The Sanders campaign is furious at media organizations, including the Associated Press and CNN, which have declared Clinton as the presumptive nominee based on their own calculations of the intentions of superdelegates --- party officials and lawmakers --- who overwhelming favor the former first lady and New York senator.

The campaign argues that since superdelegates do not officially cast their votes until the convention, naming Clinton as the presumptive nominee is premature.

Given the state of the race, it is unlikely Clinton will reach that threshold on pledged delegates alone after the six state races and the District of Columbia primary in a week's time. Still, Clinton will likely capture a majority of pledged delegates -- a milestone that would further hike pressure on Sanders to admit defeat and join her in uniting the Democratic Party to take on Trump.

Democratic strategist Bill Burton predicted that the forces of political gravity would soon begin to take effect. Even if Sanders doesn't immediately drop out, he said, " there is going to be a coalescing of support around Hillary."

"You'll see a large chunk of his supporters start moving away from him, just because people get that the stakes are high here," said Burton, who was Obama's national press secretary during his 2008 campaign. "We're moving toward a general election where if we don't start coalescing -- we're losing days to take this fight to Donald Trump."

CNN's Maeve Reston and Jeff Zeleny contributed to this report.