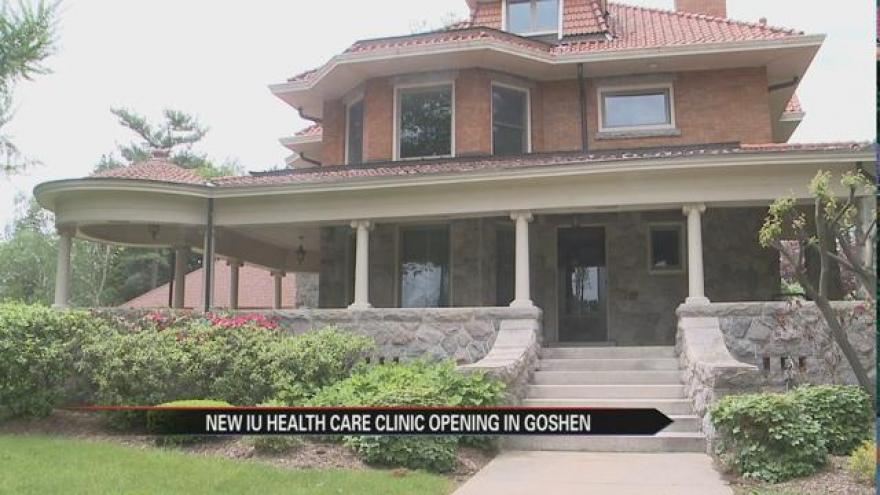 A new and affordable health care clinic held an opening ceremony of its second location after years of having to turn away new patients due to lack of space and funding.

This clinic has attracted many in the community and on Wednesday the center opened a second location and is hoping to double its reach.

“There were always people speaking Spanish they were a head of the curve,” says Jenny Martinez.

Martinez has been a patient at Maple City Health Care Center's original location since 1995 when she arrived in Goshen from Mexico.

Before Martinez and her family traveled to Michiana, Dr. James Gingerich opened a clinic in 1989 to provide health care in an under served area.

Gingerich says today about 60% of the patients are Spanish speaking but the broader goal of the clinic is to create a sense of community regardless of socio economic status, language, or culture.

“The care is completely there regardless of my race, my language that I speak, or my finances,” says Martinez.

This message has resonated well with the community as the original center has been operating at max capacity and has not taken in new patients for the past 10 years.

“We are totally maxed out on that side over there,” says Dr. Gingerich.

IU Health Goshen partnered with Maple City Health Care Center and invested $1.2 million of the $2.2 million project. The new center is known as the Vista Community Health Center and it is at 808 N. 3rd Street in Goshen.

Dr. Gingerich says it will change the space and resource constraints the center was facing.

“So our goal is to really double the number of patients we see and we hope in the next two years we will expand to 10,000 patients,” says Dr. Gingerich.

Over the years the center has expanded the services it provides beyond primary health care. Dr. Gingerich says the new space will allow the center to provide a wide variety of services from health, to social work, to chronic disease care.

Three new doctors are expected to join the team by this summer.