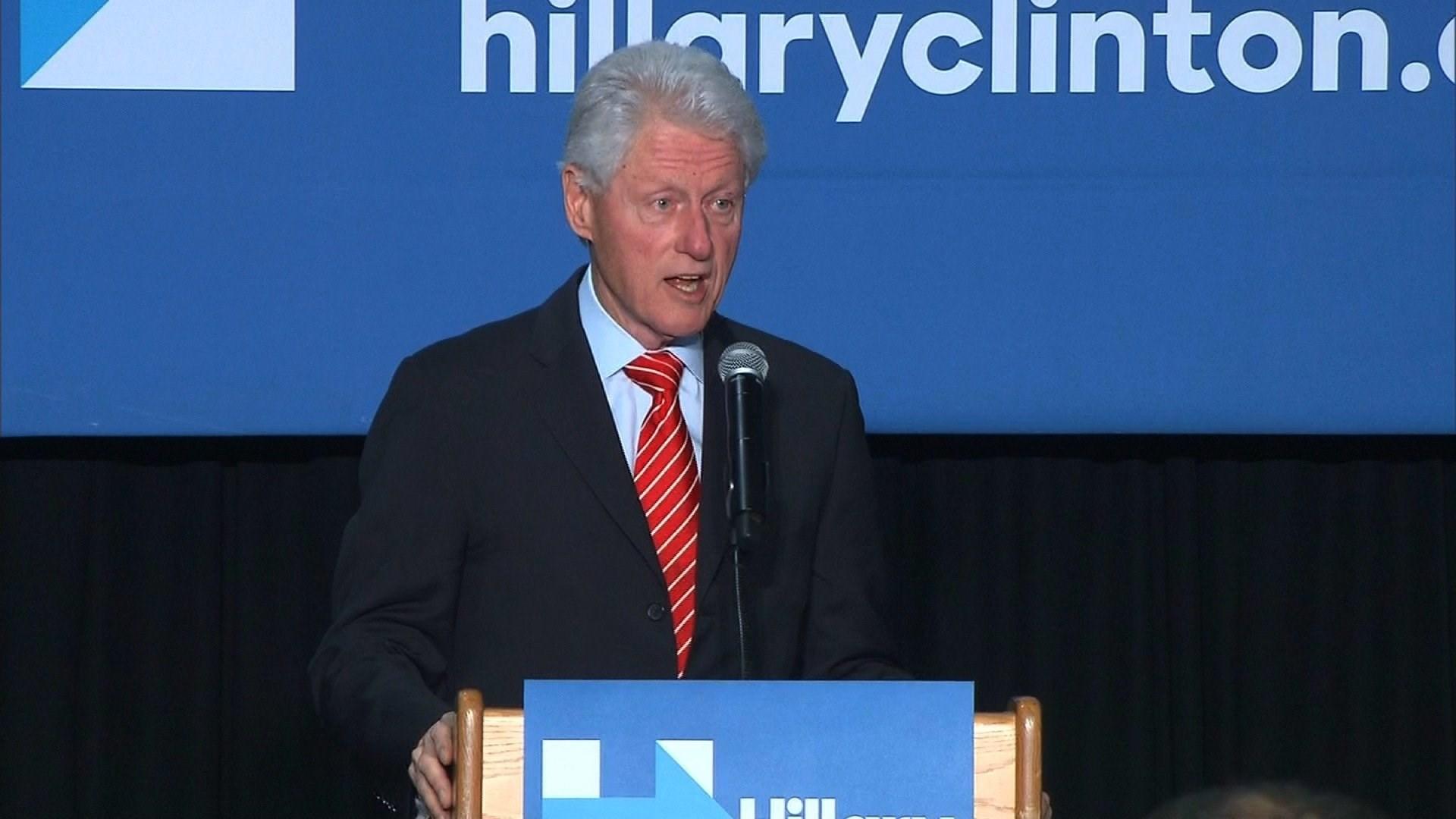 When former President Bill Clinton takes the stage in Philadelphia he'll embrace his new supporting role as a political spouse.

Clinton aides tell CNN he is writing a very personal speech, making the case for his wife being a "change agent" over the course of her career.

It's an argument he's been making as he criss-crosses the country on the campaign trail.

"I've known her for 45 years," Clinton said in Los Angeles in June. "She's the best change-maker I ever knew."

Bill Clinton brings to the convention stage rock star status within the Democratic Party, with a unique ability to fire up the base and turn out voters. He holds a much higher favorability rating than his wife, among Democratic voters 79% view him favorably.

He has turned into a frequent target for Donald Trump, who has railed about the former President's personal life from the campaign trail.

"She's married to a man who is the worst abuser of women in the history of politics. She's married to a man who hurt many women," Trump said at a rally in Spokane, Washington. "And Hillary was an enabler and she treated these women horribly. Just remember this. And some of those women were destroyed not by him, but by the way Hillary Clinton treated them after everything went down."

Trump has also seized on Clinton-era policy issues, going after NAFTA, which Trump has vowed to renegotiate.

"She doesn't understand trade," Trump said. "Her husband signed perhaps in the history of the world the single worst trade deal ever done."

Bill Clinton has also faced scrutiny over his legislative record directly from voters on the campaign trail.

In April he was confronted at a campaign event for his wife in Philadelphia by Black Lives Matter activists over his administration's 1994 crime bill.

"You are defending the people who killed the lives you say matter," Clinton pushed back from the podium.

On the campaign trail, Hillary Clinton has tried to distance herself from her husband, repeating regularly that she is running on her own record, not "running for her husband's third term" -- as she likes to say at campaign events.

But she has had to clean up after him at times -- most recently in the aftermath of Bill Clinton's private, impromptu meeting with Attorney General Loretta Lynch at the Phoenix airport in June. The meeting was then widely criticized given that the attorney general was overseeing the investigation into Hillary Clinton's use of a private email server while secretary of state.

"I think, you know, hindsight is 20/20," Hillary Clinton said of the meeting in an interview with NBC News. "Both the attorney general and my husband have said they wouldn't do it again, even though it was from all accounts that I have heard and seen, an exchange of pleasantries. But obviously no one wants to see any untoward conclusions drawn, and they've said, you know, they would not do it again."

Still, Hillary Clinton sees her husband as an asset.

She has pledged to give him a role in a potential second Clinton administration dealing with the economy, trying to capitalize on her husband's economic record while he was in the White House.

"My husband, who I'm going to put in charge of revitalizing the economy," Clinton said in Fort Mitchell, Kentucky, this May. "You know he knows how to do it, especially in places like coal country and inner cities and other parts of our country that have really been left out."

Bill Clinton will still be entering on unchartered waters in a potential Clinton White House, becoming potentially the first man to fill the role -- pioneering a new title.

Hillary Clinton has suggested in lieu of "first lady" -- he could be called "first dude, the first mate, the first gentlemen."

"I don't know, I don't really know because it'd be such a precedent," Clinton said of a potential title. "I don't care what I'm called, it's more about what I'm called to do."