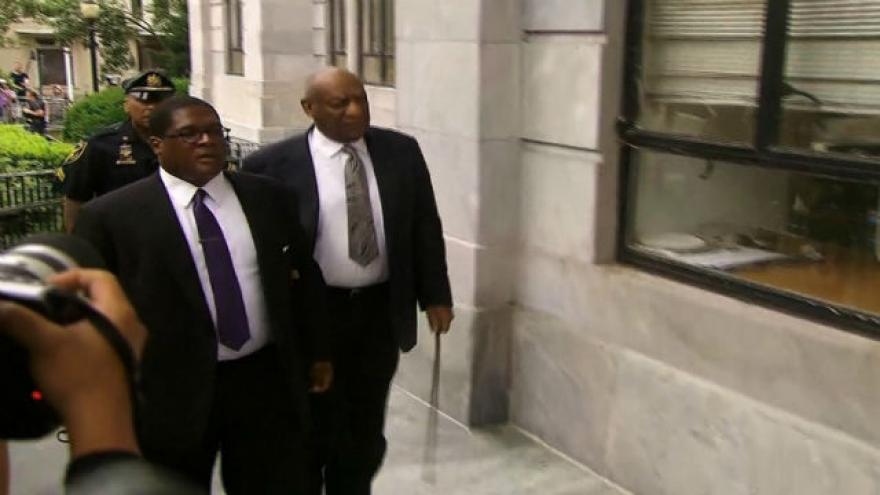 Bill Cosby arrives at court ahead of the judge declaring a mistrial in his case. Photo courtesy CNN

(CNN) -- Bill Cosby will hold a series of town halls to educate young people on sexual assault, his publicists said.

Andrew Wyatt and Ebonee Benson were on "Good Morning Alabama" Wednesday and said Cosby "wants to get back to work" and is planning town halls that could start as early as next month.

"This issue can affect any young person, especially young athletes of today," Wyatt said. "And they need to know what they're facing -- when they're hanging out and partying, when they're doing certain things they shouldn't be doing."

The announcement comes less than a week after Cosby's high-profile trial on charges of aggravated indecent assault ended in a mistrial. The jury was unable to come to a unanimous decision.

Wyatt said the idea for the town halls came last week after calls poured in from churches and civic organizations asking Cosby to speak about what people can learn from sexual abuse allegations.

There is no official schedule for the town halls yet, Wyatt said, but Cosby's team is planning on at least a five city tour that would include stops in Chicago, Detroit and Philadelphia.

Benson said Cosby wants to hold these town halls because it's important for people to be educated on what can be considered sexual assault.

Cosby, 79, has been accused of sexual assault or misconduct by at least 50 women, but has only gone to trial for the assault of Andrea Constand. Constand says Cosby drugged and assaulted her at his house in 2004.

The trial ended on Saturday after 12 days of trial and deliberations. After the verdict was announced, Wyatt left the courtroom with his fist in the air, declaring that Cosby's "power is back."

Prosecutors said they will retry Cosby, and Judge Steven O'Neill announced he would try to schedule a new trial within 120 days.