Blackberry having issues, Apple may benefit 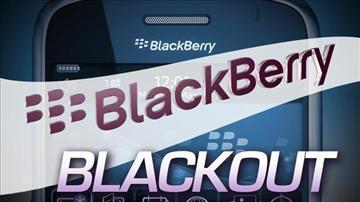 A major smartphone outage has forced people to use their phones for only making calls. A worldwide Blackberry data outage has officially reached North America. The outage is affecting emails and internet access. The company says it is working to fix the problem.

Although the outage is not so good for Blackberry, it could be great for Apple. On Friday, Apple's new iPhone 4s is hitting stores.