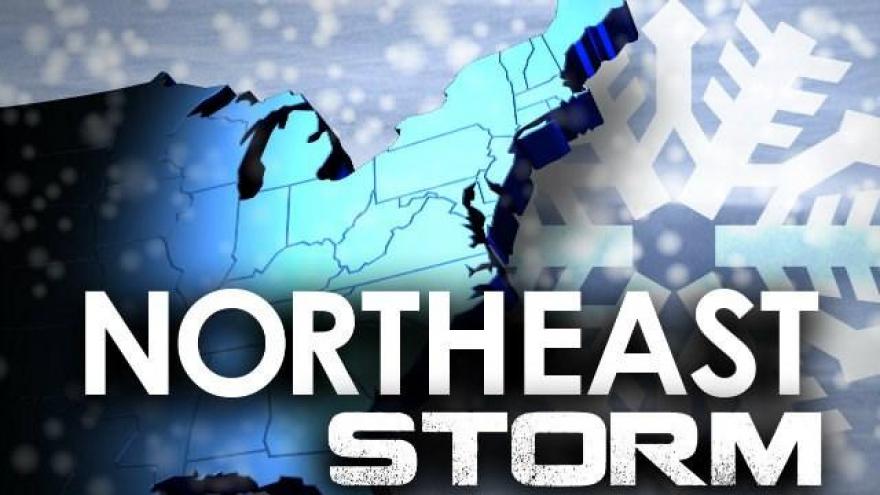 (CNN) -- Step away from the T-shirts and sunny dresses, Northeast. It looks like spring snowflakes, not flowers, are headed your way.

Another massive storm is marching toward the Northeast, with snow and powerful winds expected to hit New York City and Boston on Monday and Tuesday, forecasters say.

The agency warned that the New York metro area could be blanketed with 12 to 18 inches of snow.

Damaging wind gusts of up to 60 mph are expected across eastern Long Island and southeastern Connecticut, forecasters warn.

As the blustery weather descends on Boston, about 100 miles south, up to 6 inches of snow is expected to fall on parts of the city.

Despite the advance of temperatures across the Eastern US, last month was one of the warmest on record, the National Weather Service tweeted.