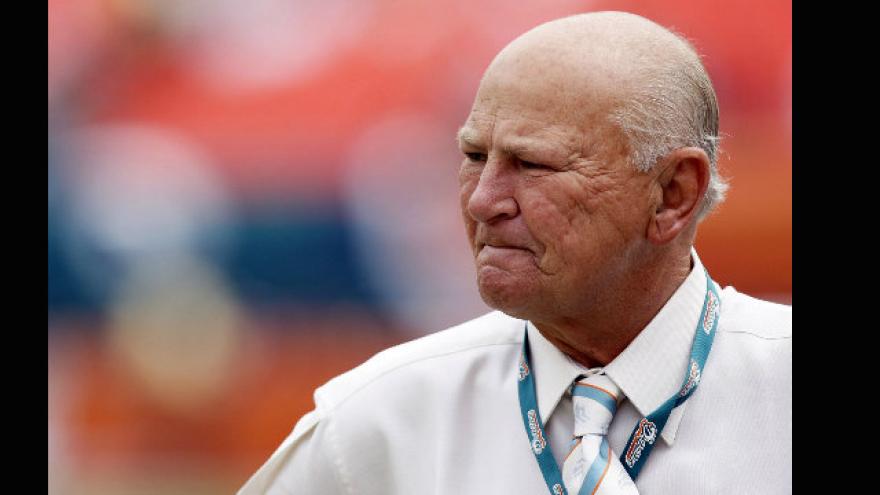 (CNN Money) -- Blockbuster founder Wayne Huizenga has died. He was the only entrepreneur to create three different Fortune 500 companies during his career -- Blockbuster video, Waste Management and AutoNation.

At one time, Huizenga, 80, had owned three sports teams where he lived in South Florida -- the Florida Marlins, the Florida Panthers and the Miami Dolphins. He was worth $2.8 billion, according to Forbes.

"He had a magic ability to create a business that was unmatched," said AutoNation CEO Mike Jackson, who confirmed the death. "Ideas were exploding in his head. He was bound and determined to out entrepreneur every other entrepreneur."

Huizenga was awarded expansion franchises to bring both the National Hockey League and Major League Baseball to Miami in 1993. The following year he purchased the Miami Dolphins. While he owned the three sports teams at the same time, he didn't run all three major companies simultaneously. Instead he would sell one company and move onto the next idea he had.

"He started out on the back of a garbage truck in Fort Lauderdale. Then he bought a truck, and eventually he created Waste Management," said Jackson. "Then he rented a video and decided he could do better and next thing you know he was opening up Blockbuster store a day. Then he sold that to Viacom and decided there had to be a better way to buy a car and he created AutoNation."

Blockbuster closed all of its stores in four years ago as consumers shifted to streaming and on demand video, but his other two companies remain dominant players in their respective fields. Waste Management is the leading provider of refuse and recycling services in North America, and AutoNation is the largest US auto dealership chain.