Board recommends Cosby be found a sexually violent predator 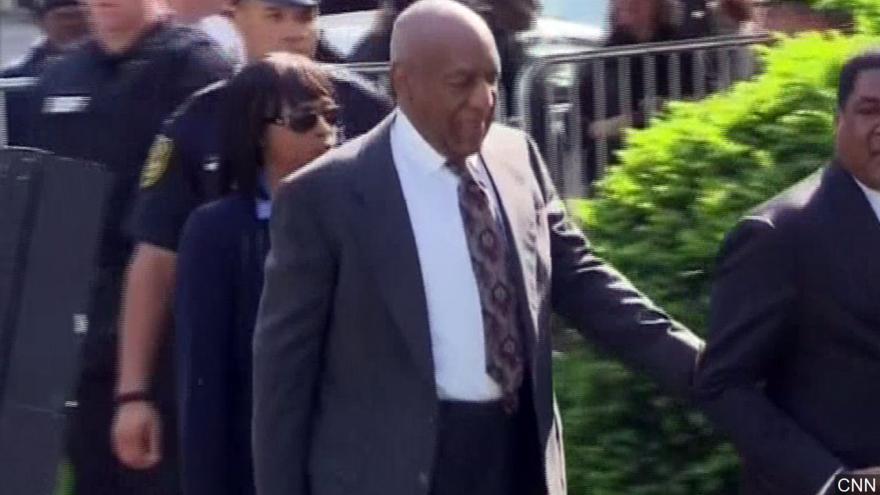 NORRISTOWN, Pa. (AP) — Bill Cosby should be classified as a sexually violent predator, according to an assessment issued by Pennsylvania's Sexual Offenders Assessment Board.

A court document filed by the Montgomery County district attorney's office Tuesday asks to schedule a hearing on the assessment so a judge can make the final determination of whether the comedian will be classified as sexually violent. No date had been set for the requested hearing as of early Tuesday.

A message left with Cosby's spokesman was not immediately returned Tuesday.

The 81-year-old was convicted April 26 on three counts of aggravated indecent assault related to accusations he had drugged and assaulted Andrea Constand at his home in 2004. The weekslong trial included testimony from five other women who also have accused Cosby of similar sexual misconduct, but the conviction only relates to the allegations from Constand.

The Associated Press does not typically identify people who say they are victims of sexual assault unless they grant permission, as Constand has done.

Cosby is confined to his home awaiting sentencing, which is scheduled for Sept. 24. He faces up to 10 years in prison.

O'Neill ordered Cosby be outfitted with a GPS monitoring bracelet and said he needs permission to leave the home, and only then to visit with lawyers or go to the doctor.

The report, which looks at 14 different areas to determine sexually violent predator status, is not public. Copies are given to the prosecutor, defense attorney and court before the hearing and the board's assessor will likely testify about how she made the recommendation.

State law already requires Cosby to register as a sex offender because of the sexual nature of the charge he was convicted of. The sexually violent predator classification would require increased treatment in prison and increased notification of neighbors upon release.