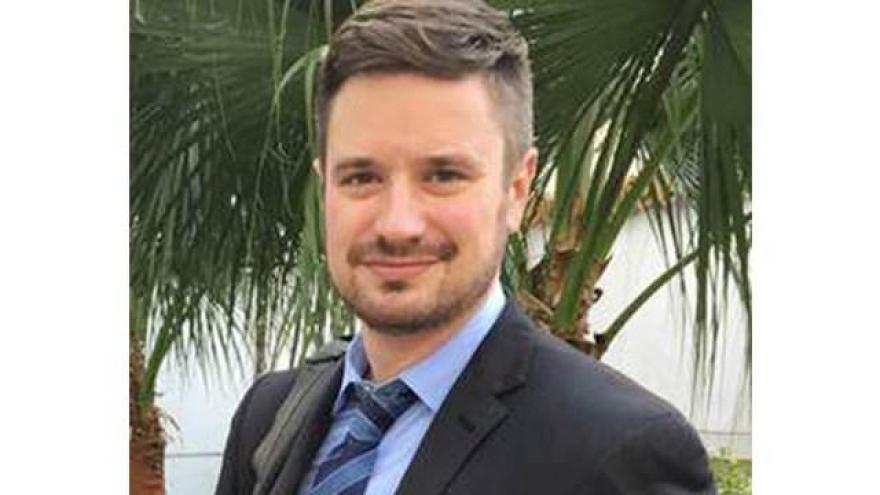 (CNN) -- The bodies of two UN experts who went missing in the Democratic Republic of the Congo earlier this month have been found, the United Nations confirmed in a statement Tuesday.

UN Secretary-General Antonio Guterres said UN peacekeepers discovered the bodies of US citizen Michael Sharp and Swedish national Zaida Catalan on March 27 outside the city of Kananga. Sharp is a Goshen, Indiana native.

Sharp and Catalan were members of the UN Group of Experts on Congo who investigating large-scale human rights violations in the region.

On March 13, the DRC government announced they had "fallen into the hands of unidentified negative forces," but did not release further information, HRW said.

Sharp's father, John Sharp, expressed his sorrow Tuesday on Facebook. "Tonight I have no words except to thank you all for your support and prayers. Maybe words will come in time," he wrote.

The day before, he posted that he'd been told that two Caucasian bodies had been discovered in a shallow grave in the region, which were highly likely to be that of Catalan and his son.

Ben Wideman, a Mennonite pastor, paid tribute to his college friend Sharp. "Even back in college it was clear that MJ would be a person who would head out to save the world," he wrote, using Sharp's nickname. "May we all strive to live out our lives like MJ, working for peace wherever we are called."

In a statement, Guterres said, "Michael and Zaida lost their lives seeking to understand the causes of conflict and insecurity in the DRC in order to help bring peace to the country and its people."

The US' ambassador to the UN, Nikki Haley, released a statement offering condolences to the two UN workers' families.

"It is always difficult to lose a brave American dedicated to service," Haley's statement reads. "Michael was working on the front lines of what we try to do at the United Nations every day: find problems and fix them."

Ida Sawyer, Central Africa director at Human Rights Watch said the team's disappearance reflected a bigger picture of the violence in the Kasai region of the DRC.

"The Human Rights Council should establish a commission of inquiry into abuses in the region as soon as possible. Concerted efforts are urgently needed to address this increasingly desperate situation," she said.