Body found in lake could be Teleka Patrick 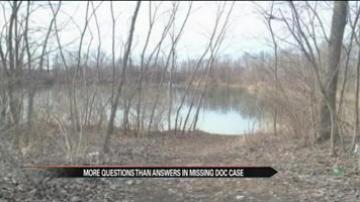 BERRIEN SPRINGS, Mich. -- The body of an African American female was pulled from Lake Charles in Porter Indiana on Sunday. Many believe the body is that of Teleka Patrick, who has been missing since December 5, 2013.

Teleka's family has close ties to Andrews University and a lot of the Seventh Day Adventist churches in Berrien Springs.

Teleka's dad graduated from seminary school at Andrews and many on campus have been praying for her and her family.

Pastor Timothy Nixon, Associate Chaplin at Andrews University, is one of thousands of people who have been hoping Teleka would be found safe.

"I was at the Ministers Conference in December when we stopped our meetings to have a season of prayer for Teleka and her family," said Nixon.

While some are still hopeful, a woman's body was pulled from Lake Charles Sunday morning.

The lake is in Porter Township, Indiana, less than a mile from where Teleka's car was last seen on the side of I-94.

Family members are preparing for the worst.

Our family was informed that a body was found that may be our daughter, Teleka Patrick. We are waiting for official confirmation from the Kalamazoo Sheriff's Department and have no comment at this time. Thank you for your continued prayers. We ask that you respect our privacy at this difficult time.

Nixon says the situation is sobering.

"Thinking about Teleka makes me think about my own children. I don't know how I would react to my son or my daughter being missing," said Nixon.

The family's private investigator says there's no doubt in his mind that the body found is Teleka's.

"At least that part of the investigation will be over and we can look at what happened, why it happened, those other factors. This was not a suicide, absolutely not," said private investigator James Carlin.

The Porter County Corner will release more information when it is available.

Carlin says there are more questions than answers in this case right now.

Nixon says if the body is identified as Teleka's, students will do something to remember her and support her family.