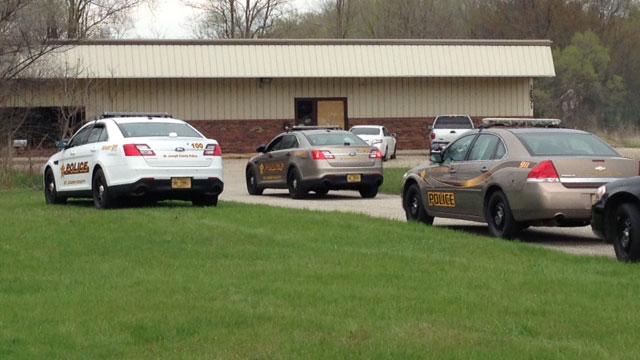 The body was found in the woods behind the former Millstone Flooring Company.

Police said the body was that of a man and they believe it was someone who was reported missing in St. Joseph County.

Kids who were hiking in the area found the body just before 2:30 p.m.

There were no obvious signs of foul play, police said.

"There is some investigative work going on right now to try to identify the person whose remains were found. We have some indicators to give us a little bit of information, direction to move in that, but nothing solid right now and certainly nothing where we're prepared to make a public identification," said Assistant Chief Bill Thompson of the St. Joseph County Police Department.