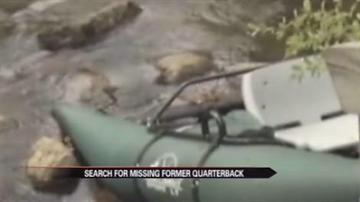 Police say he called his family after fishing and said he was "concerned" and "afraid." When his family got there they found his boat but he was gone.

"He led me to a National Championship as a true freshman. We are praying and hoping and just sending all of our thoughts and wishes to their family.  We hope this matter resolves in a positive way," said Brian Kelly.