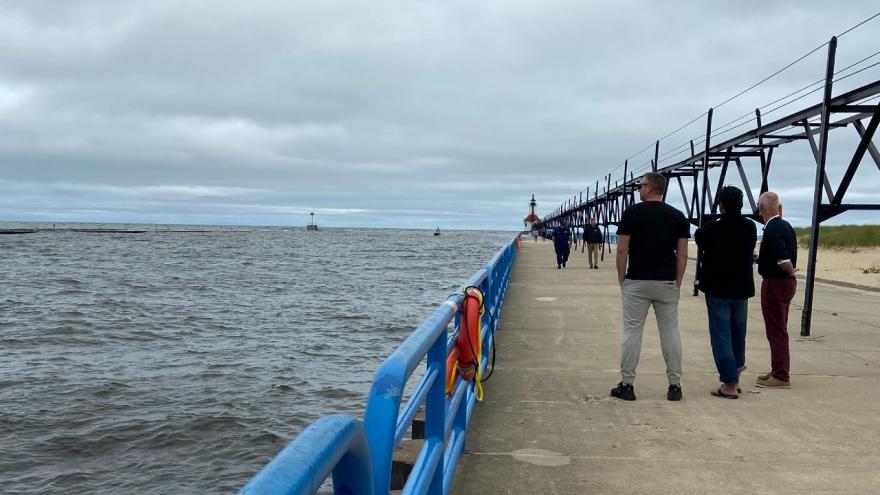 BERRIEN COUNTY, Mich. -- The St. Joseph Public Safety Department has located the body of a man that drowned near the North Pier at Tiscornia Beach on Thursday.

Officers from the St. Joseph Department of Public Safety were dispatched to the North Pier at Tiscornia Beach for a man needing help to get off the pier on Thursday, July 8th, around 10 a.m.

It's estimated the waves on Lake Michigan were five feet at that time.

When officials arrived, they did not see anyone on the pier, but belongings of an 80-year-old man were found floating in Lake Michigan.

While on scene, officials learned from family members that Sohn was fishing on the pier and was missing.