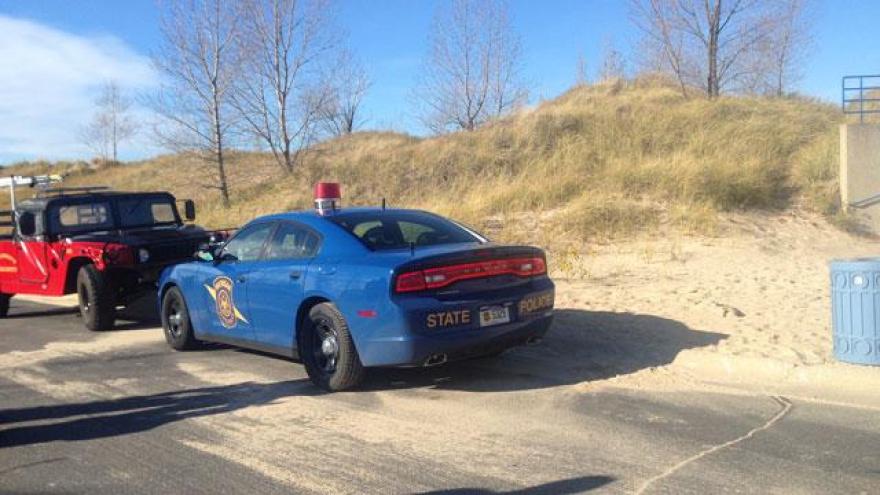 A person walking along the beach at Tiscornia Park Friday morning discovered the body of a Watervliet woman. A search for the man who was with the victim has been suspended.

Michigan State Police say the body has been identified as 24-year Brandi Mannino.

Mannino was reported missing Thursday after she didn't return home from a walk on the beach with a friend.

"We got preliminary information that she may have called someone and advised them that they were going for a walk on the pier. That has not been confirmed," said Detective Sergeant Fabian Suarez of the Michigan State Police.

Mannino's friend has not been located. The Coast Guard spent all day Friday searching for her companion with a 45-foot boat and helicopter.

"We launched our 45 foot response boat. And they have been out there conducting search patterns all morning as well as a coast guard helicopter from Traverse City was launched and they have been conducting aerial searches," said Petty Officer Van Lent of the United States Coast Guard.

Lent says the lake's rip currents and 8-10-foot waves make it dangerous. He suggests beachgoers stay off the piers.

“People like to go out there and look at the water and see the cool waves crash on the piers but it is extremely dangerous and it’s very easy to get swept off," said Lent.

Mannino's family went to the beach after the discovery. They have asked for privacy at this time.

Mannino was an employee of Midwest Family Broadcasting. They released the following statement:

“We are incredibly shocked and saddened by the news. Brandi was a bright young woman with a great desire to grow within our company. Our thoughts and prayers go out to her family and loved ones.”

At nightfall, the Coast Guard suspended the search for the man who was with Mannino.

Correction: In a news tease we referred to Mannino as a mom. According to family this is incorrect information and we apologize for the error.