If you are a frequent flier, maybe you already know that your plane ride can be sped up or slowed down because of the jet stream winds. That is what happened on Monday evening when a plane going from Los Angeles to London reached a ground speed of 801 miles per hour while flying over central Pennsylvania. This is a new record speed for a Boeing 787 airplane. The record was set because the jet stream wind was abnormally strong. 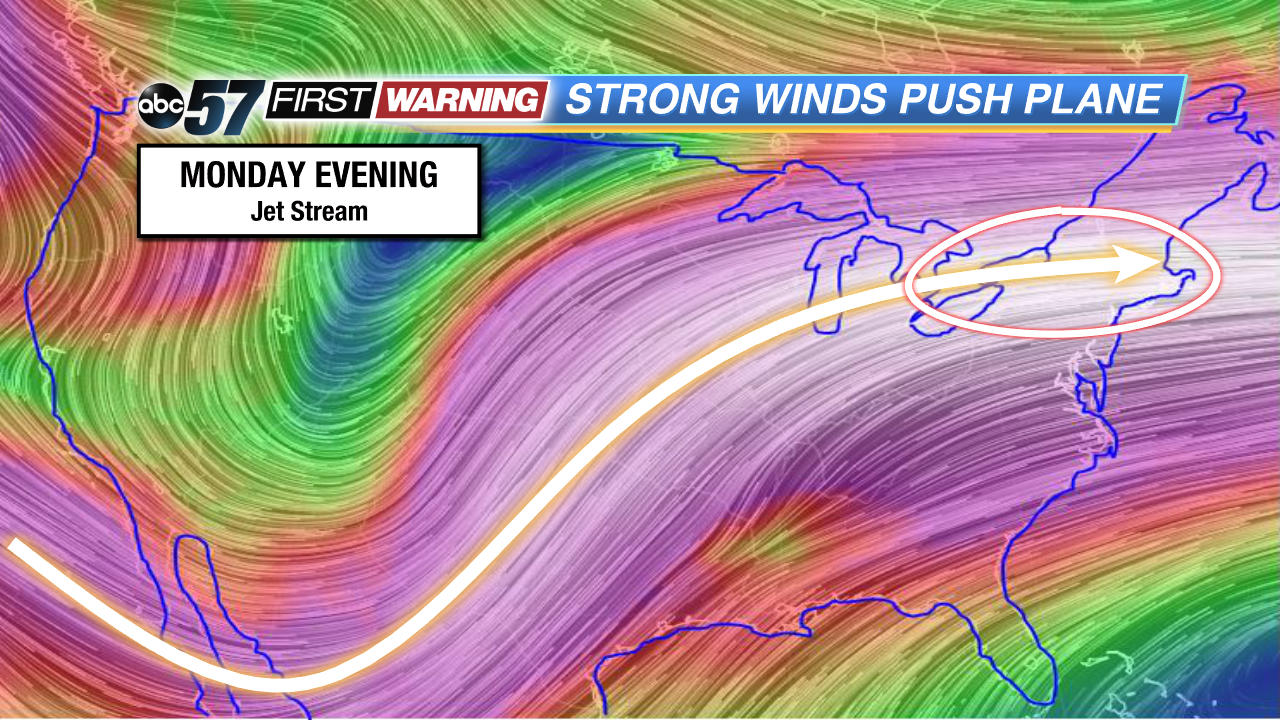 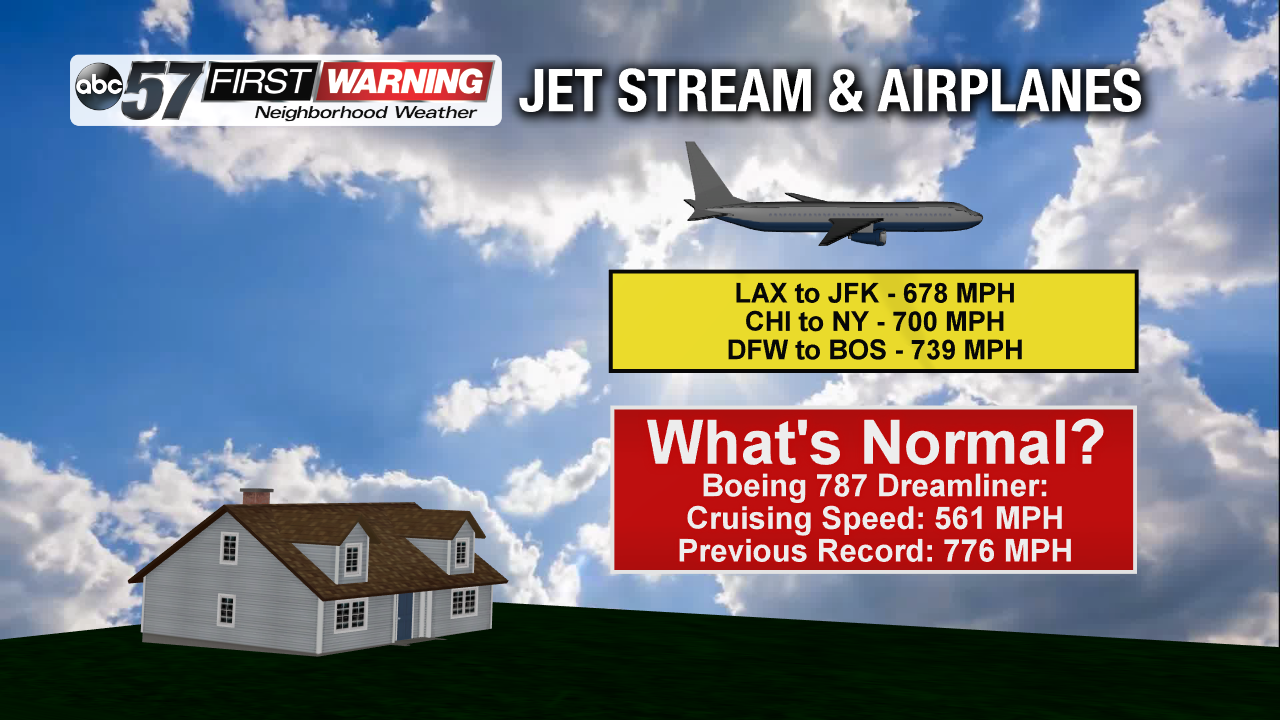 This weekend the jet stream will be moving fast again with winds 150 to 160 miles per hour. This will help or hurt any airplanes flying around the east coast. 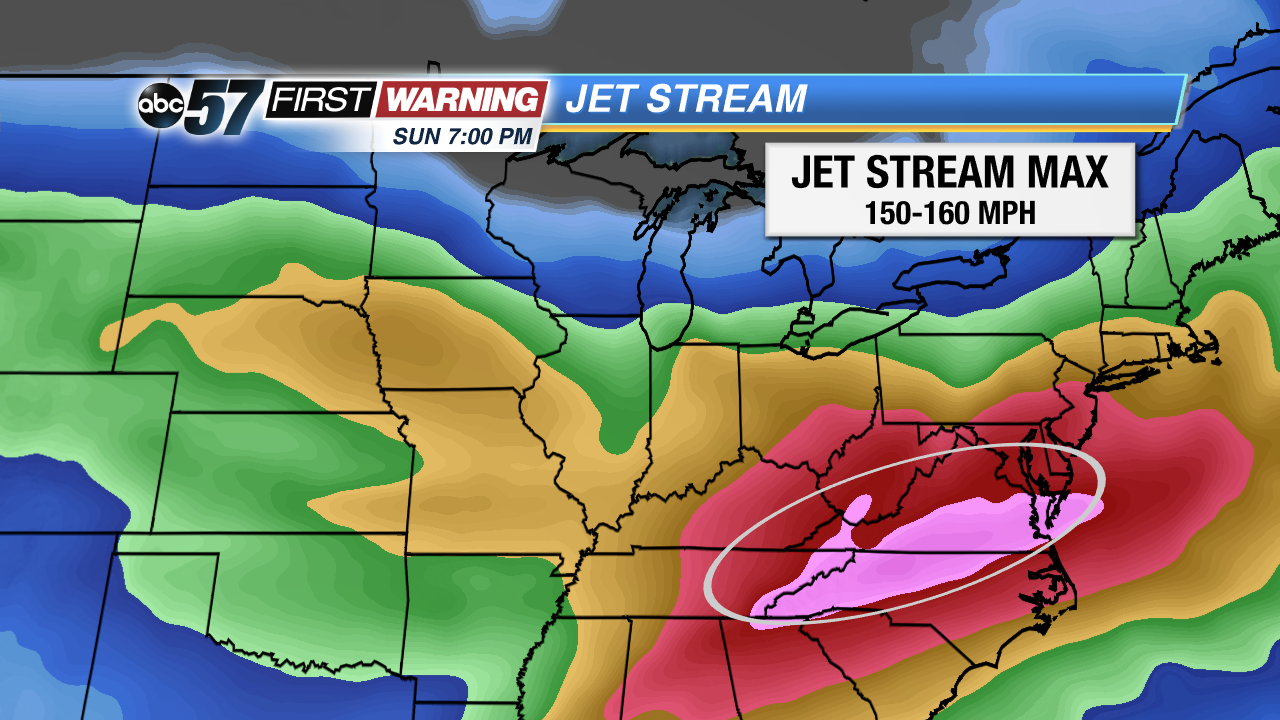